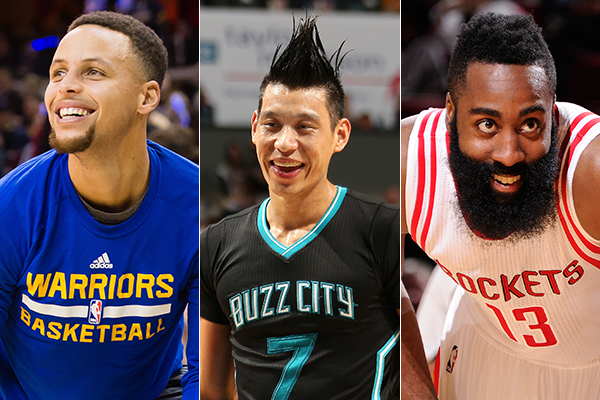 It’s no news that China, with its 100 million basketball-rabid fans, is a market that the NBA and other basketball-relevant companies are turning its focus to. In advance of the upcoming Lunar New Year (February 8), the NBA has released a commercial starring three of the top NBA player draws in China—Stephen Curry, James Harden and Jeremy Lin (oh, and the Rockets’ mascot, Clutch)—in an ad celebrating the biggest holiday in China (imagine the family and food traditions of Thanksgiving, the gifting of Christmas, the hype of the Super Bowl and the fireworks of July 4th folded into a week-long festival).

In addition, the NBA will release for the Chinese New Year-themed jerseys for the occasion which will feature Chinese characters of the teams’ names. For the first time on Feb. 3, two teams (Warriors vs. Wizards) will be wearing Chinese character jerseys in the same game.

In an effort to tie the NBA to a holiday like Christmas games in America, the NBA will feature all 30 teams during the two-week Chinese New Year activation, with five star-laden marquee matchups that will be widely available for broadcast:

The NBA is certainly not monkeying around in its marketing to China, fitting since the upcoming Lunar New Year will be the year of the monkey in the Chinese zodiac.