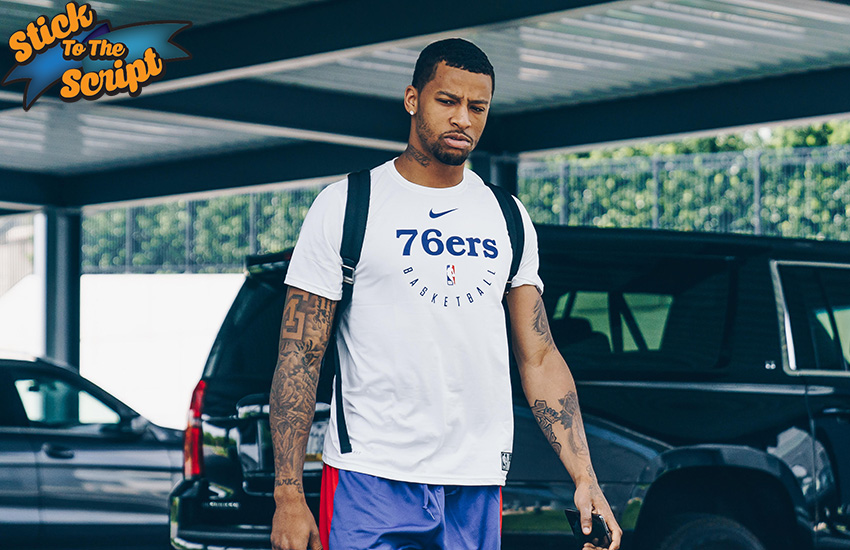 The Philadelphia 76ers entered the last two seasons with high expectations, and with the majority of their core in tact, they will have their sights set reaching the Conference Finals. GM Elton Brand was careful in approaching free agency; after prying Al Horford away from Boston, he rounded out the roster with some familiar faces, as well as some new pieces including combo guard Trey Burke.

Throughout his six seasons in the NBA, Burke has career averages of 10.9 points and 3.6 assists. His veteran presence and versatility will help to address depth and offensive firepower as Philadelphia looks to make a deeper run into the playoffs.

Burke, a former lottery pick (ninth overall to Minnesota) out of Michigan in 2013, looked toward Hall of Famer Allen Iverson to pattern his game after. He now has an opportunity to make his dreams of being like Iverson a reality when the 76ers begin training camp in late September.

The departures of guards JJ Redick and TJ McConnell bode well for Burke’s future, as he signed a one-year, non-guaranteed contract in hopes of making a difference for a roster brimming with talent and playoff potential.

I had an opportunity to speak with him this past week, and his eagerness to get on the court, and confidence in his skillset is something that could prove positive for the locker room. During a brief media availability, we had a chance to speak about his collegiate days, offensive ability, Allen Iverson and much more.

You grew up in Columbus, Ohio, home of The Ohio State University. How is it that you ended up playing for Michigan?

A lot of people think that they [Ohio State] didn’t recruit me. They recruited me but they never offered me a scholarship, so in my eyes that’s still the same thing…so that’s something that still motivates me. It doesn’t motivate me like it used to, but in the back of my mind, it’s something you always think about. Obviously me being from Columbus…Ohio State being the hometown team, so it’s something that I’ve let go over the years but, I get asked that question so much. You know, I have to answer it a lot so, I think about it as well.

Recap of my 2019 Summer Basketball Camp in my hometown Columbus, Ohio. Special thanks to Mathews Dodge Chrysler Jeep Ram of Marion, Ohio for your sponsorship pic.twitter.com/yhuoJ8s3Ha

You were Mr. Basketball in Ohio in 2011. When did you realize playing in the NBA was in your future?

Ah, that’s a good question…I think high school, it started to become more of a reality to me. I realized the work that it took to become a professional and that was something that I had to make a habit of. I would say like around my sophomore/junior year. I won a state championship my sophomore year, as well as the national championship on the AAU scene so, just having that success and wanting to continue and get better and improve. I think around my junior year I started looking at it not only as a love and desire of mine, but kinda as a job—you know, potentially being like a job one day and something that I can help feed my family with—so I’ll say like around my junior year of high school. Then going into Michigan and having the success that I had in my two years of Michigan. I wanted to leave after my freshman year, I think a lot of people know that, but the advice of my coach and my pop, you know they told me to come back. I think that was one of the best decisions that I made in my basketball career…coming back for my sophomore year.

Did you workout with any pros or play pickup games? I know you had a personal trainer.

Yeah, I used to go down to Ohio State and play in the open gym with Evan Turner and those guys…I was playing with Jared Sullinger—he was a recruit, I think he was going into his freshman year there—so I had gotten some experience playing with some professionals. I think even before going into Michigan, getting that type of experience helped me tremendously, confidence-wise, on the court against my opponents.

I know you didn’t have an NBA team in Columbus, but do you remember the first NBA game you went to?

My first NBA game that I ever went to, I think I was like 8 years old up in Cleveland—Shawn Kemp was playing, so I was young. But like you said, we didn’t have a professional team in Columbus growing up, so sometimes I would catch a Detroit Pistons game up in Michigan, some Cleveland Cavaliers games. I went to a few when I was at Michigan. I caught a few of LeBron’s games when I was there.

How important is it that you find an NBA home at this point in your career?

Very important. That played a big part in where I wanted to land and where I wanted to go. Philly—being a team with high expectations this upcoming year, a team that has experience in the playoffs the last two years, that played a big part. I played on a few teams the last four or five years, so Philadelphia—being a sports city, the fans that they have, coming from a team like the [New York] Knicks and playing in a big time market like that—I felt like I was built for a Philly type of city.

What number will you wear for Philadelphia since No. 3 is retired?

Iverson is your guy, what will it be like to play for the 76ers?

It’s dope man. I know everybody knows that AI has played a big role in my love for the game of basketball. I met him early on in my career when I was playing in Utah and we developed a relationship then, so just being in Philly now just came naturally. He always has some good advice. I always go back and watch old film of him and the way that he attacks on offense. AI has been a big part of my career and my love for the game of basketball.

Finally I just wanted to ask you: You’re a really good shooter, what do you think about playing off the ball and providing the team with some much needed shooting and depth possibly at the two guard position, or maybe even calling your own number at the one?

I have some experience with playing off the ball—the small time I had in Dallas playing with Luka [Doncic]. I felt like we played really well together…the limited time that we did play together. Even in New York, I played off the ball, so I have experience playing the two, and I wouldn’t mind if that’s what the team needed for that particular moment or that particular game for us to win. I know that’s the ultimate goal throughout a season—team success and how you can get your team to a championship—and I think that’s something I took pride in when I was young, winning state championships, winning national championships at AAU, getting to the [NCAA] national championship…ultimately losing at Michigan. I want to get back to that feeling. I think my skillset will be big in Philadelphia and helping them get to that type of success.