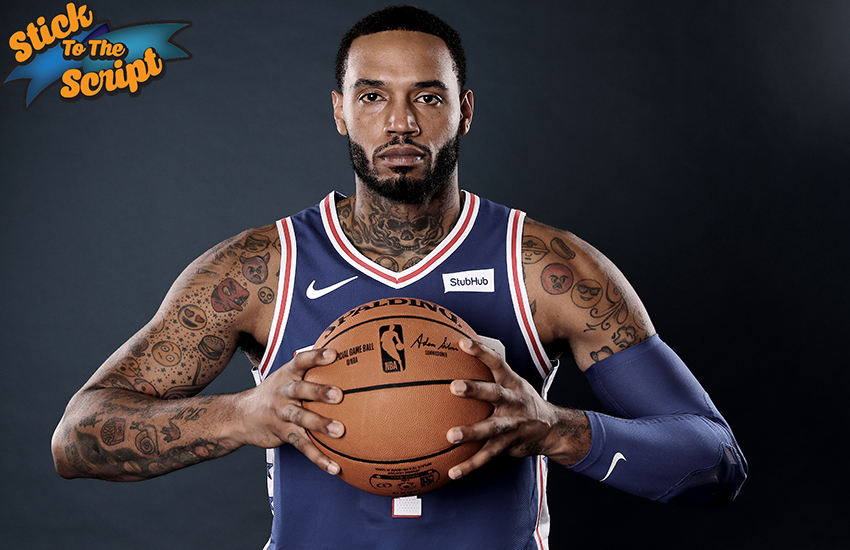 Philadelphia’s biggest offseason acquisition was signing Al Horford away from Boston, but one of their low-key moves was retaining the services of Mike Scott. A fan favorite since his arrival midway through the 2018-19 campaign, when Scott was acquired along with Tobias Harris and Boban Marjanovic from the Clippers.

He was immediately embraced by the Philly faithful, and has since become a very well known, and liked man about town. With averages of 7.8 points, and 3.8 rebounds, the team relied on his contributions both as a substitute and starter.

The new-look 76ers have even more expectations than before, and with Scott’s versatility, and skillset as a gritty two-way wing, they look to move far beyond what the franchise has been able to reach in recent history.

His focus on the community and a commitment to enrich lives of all ages, is a welcome breath of fresh air, as he has built a welcoming social media presence, and he has volunteered his time to everything from handing out ice cream cones, to appearing on local podcasts.

I had an opportunity to sit with him recently before the team played host to the Guangzhou Loong-Lions in a preseason exhibition. We spoke about his basketball journey, the admiration from the fans and more.

You have a story of perseverance. Can you talk about your basketball journey to the NBA?

You know, going through injuries, off the court issues, just always having that chip on my shoulder…being from Virginia, maybe being from the 757-Tidewater area, you know, a lot of athletes, a lot of guys from that area always have a chip on their shoulder, always play hard… So yeah man, always having that chip on your shoulder, not giving up, and just trying to get through, by any means.

Did you play football?

You probably were a Mike Vick fan right?

Oh, yeah for sure…and I always wanted to play at the tight end [position]. But my dad, said it’s only basketball and track, that’s it. I wanted to play football—all my friends played football—but my dad was like no, play basketball.

Do you remember the first NBA game you ever went to?

When did it click, like you knew that you could become a professional and play in the NBA?

Honestly? Man, I always wanted to play in the NBA, that was always my dream. I always wanted to get to the League, but I guess my fourth year in college. My first couple of years in college, I really didn’t—you know my work ethic wasn’t like it should have been. I think when I got hurt, and I saw the attention I was getting from media around the country, saying that I’m an NBA player, I really took it to heart. That fifth year I came back to Virginia and I got real serious. I always wanted to play in the NBA. My first couple of years, I didn’t know what it took, and after getting hurt I really…what’s the phrase I’m looking for…I wouldn’t say that I took the game for granted, but I came back for the fifth year and I was ready to play and go to the next level.

You see Iverson was here tonight, and the fans went crazy. In a way, you get that type of love like he gets. I know he’s put in the time, he’s been here, he’s a Hall of Famer, but in a really short amount of time, you’ve been able to make up a lot of ground and people just see that realness…

You know, just being real, being genuine, knowing my role, playing hard, especially in a city like Philadelphia, who is gritty and blue-collar people who just want to make it in life, you know everyday people. I just feel like I’m one of them—playing hard, not trying to do too much, knowing my role—and fans like it. You know, diving into the stands, getting chippy at times, just playing hard and competing.

Then you’re serving ice cream and working at a fast-food restaurant.

Yeah, stuff like that is easy, I don’t feel like it’s a job, just vibing with people, vibing with kids, I can do that all day.

Talk about your role and what you provide for team.

I’ve always tried to keep it real, try to keep it 100. I just feel like I’m a blue-collar role player for this team and I’ve always been. So, Philly kind of related to it, that grittiness—diving on the floor and getting your hands dirty—I have always been that kind of player.

What are you going to do on the court this season that you have added or doing differently from past seasons?

I definitely am getting back to my midrange, post-up game I had in college. Not to say I’m going to become Melo [Carmelo Anthony] or anything, but in this day and age, a lot of teams switch—switch one through four—especially with me being a shooter. So, being able to punish the smaller defenders in the paint, I’d like to get back to doing that. And I feel like I have the mindset and strength to do it.