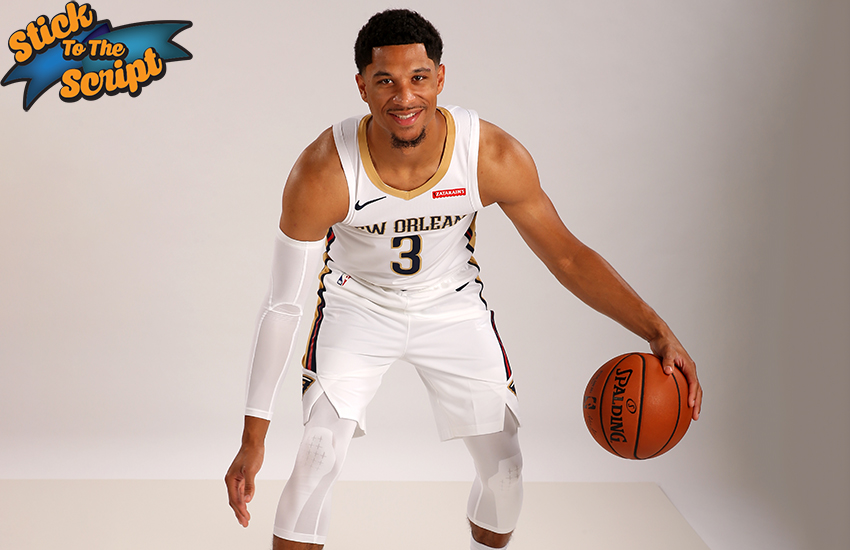 Josh Hart grew to become a standout player over his four years at Villanova University, as he helped to win the national title in 2016, and he earned the prestigious Julius Erving Award a year later, en route to becoming the 30th overall selection by the Utah Jazz. he was subsequently traded to the Los Angeles Lakers, with a chance to build upon the history and success of one of the most storied teams within the league.

Now as a member of the New Orleans Pelicans, he has a fresh start, and another attempt to fulfill his aspirations. Hart’s averages of 10.9 points, 5.9 rebounds, and 1.5 assists means he’s part of the Pelicans’ youth movement. I had a moment to speak with Josh Hart during the pregame of their matchup against Philadelphia last week. He had a few minutes to answer my questions before getting on the court to get a few shots up prior to the outset. We spoke about the basketball culture of Villanova, one-and-done players, haircuts and more.

Yeah it wasn’t traditional, a lot of times, now you have a lot of one-and-done guys. On this team, we got, BI [Brandon Ingram] was one, Zion [Williamson], Jaxson [Hayes], Frank [Jackson], thats four right there…somebody else, Zo [Ball], that’s five one-and-done guys, so that’s kind of what it is right now. But winning and being a part of a culture, getting my degree, it was free, so mind as well, so I’m happy with how my career [at Villanova] went I don’t think I would change it if I had to do it again.

You won the NCAA championship, but you also set the table for 2018 to win it again, would you agree to that?

I think so. “The thing with Nova is you bide your time and you learn from the guys that’s older than you, For me, I learned from James Bell, Darrun Hilliard, Tony Chenault— those are the guys I learned from, like the upper classmen when I came in, so that’s kind of how it was for Jalen [Brunson], Phil [Booth], Mikal [Bridges], all of those guys, Donte [Divincenzo], you know they learned from Ryan [Arcidiacono], myself, Kris [Jenkins], DRey [Darryl Reynolds], DO [Daniel Ochefu], that’s just kind of how it is at Nova, and we weren’t playing in that game, but you know I definitely think we kind of help contribute to it.

What would you say about Villanova guys in the League, especially playing and winning the national championship and now being here in the NBA?

I’m super happy about it. My team, we have five, no, six NBA guys, right now—we got, myself, Kyle [Lowry], Mikal Bridges, Ryan [Arcidiacono], Jalen [Brunson], E [Eric Paschall], Omari [Spellman], so we have seven guys on active rosters. [Phil] Booth is grinding in the G League right now, DO [Daniel Ochefu] was on a roster for a little bit, now he’s in China, so it’s always good to see those guys. We have a brotherhood that’s a lifetime bond, so it’s always good to see them. You know when we’re on the court, we aren’t friends, but you know it’s always love.

You’re from Maryland, MoCo (Montgomery County), but when you got here to Philly, I know you were one of the ones that looked at Philly as having the best barbers.

Gotta get your haircut in Philly.

So when you come here, at some point, you try to sneak in a haircut?

Oh always, always…I wasn’t able to do it this time because my girlfriend graduated in Baltimore yesterday, so I was there, but usually when I’m here, I have Kenny Duncan pull up and get me right.

Last question Josh, and I’ll let you go, I appreciate the time. Who did you look up to when you were younger, who did you try to pattern your game after?

I loved DWade…my favorite player ever.

That’s part of it yeah, part of the reason. He’s a little more athletic, explosive, but it’s alright though [laughs]. I kind of wanted to be myself.