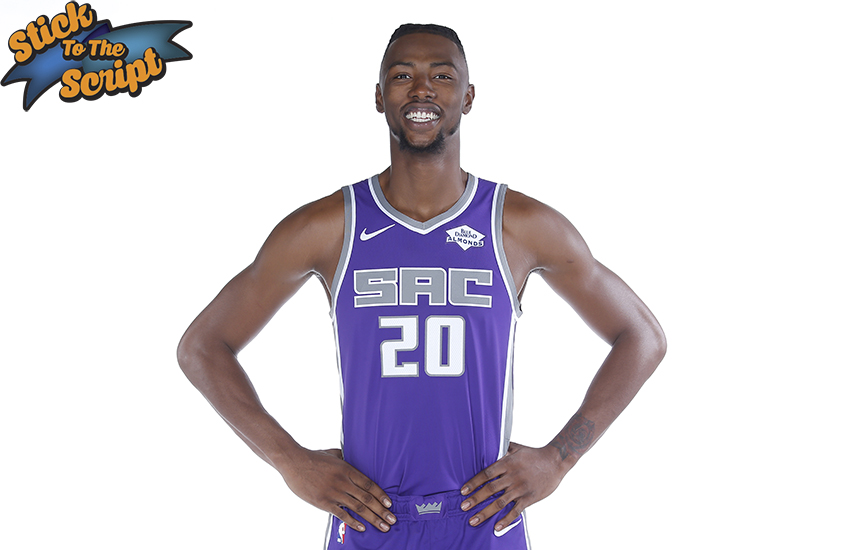 In life and the game of basketball, things do. not always go accordingly. It is in moments like these that one most have a strong inner resolve and a reliable support system. Harry Giles III, has endured a significant amount of trials and tribulations, however through it all, he has stayed on course to make his dreams a reality.

Now as a member of the Sacramento Kings, he has made the most of his opportunities by becoming a solid contributor for head coach Luke Walton’s second unit in a limited role. He missed his rookie campaign after being selected 20th overall by Portland (and subsequently traded to Sacramento) in the 2017 NBA Draft, to get stronger and prevent any further knee injuries. He experienced several injuries and surgeries throughout high school and college, however he maintained his confidence and kept his eyes on the league with the aspirations to excel at the highest level.

He finished the 2018-19 season with 7.0 points, 3.8 rebounds, and 1.5 assists per game, while playing in 58 contests, and shooting an effective 50 from the field. This year he missed the first eight games and most of the preseason due to left knee soreness.

I had a chance to catch up with him after the Kings recent road trip in Philadelphia. I approached him as he was waiting in line for a postgame meal, and a few minutes later, he met me at his locker to talk about his life in basketball, the bond between he and Jayson Tatum, and more.

You have had a difficult road to the NBA, with all that you have been through. What helped you along the way and what helped you to focus and stay strong?

I knew where I wanted to go. So when you know where you want to go, there is nothing stopping you. I had the right people around me too, so when you put those two things together you can’t beat it.

When did that hit you?

Umm, probably at some point in high school, during my senior or junior year. I mean, it’s always a thought, but ain’t nothing like it until you do it. That night when it happened, I knew—oh okay it’s on now.

Okay, then you get to Duke [University], you’re still great friends with Jayson Tatum, I know the Duke Brotherhood is real. Can you talk about that relationship a little bit?

I mean that was before Duke. People think we got cool in college. That’s been my boy since eighth grade.

I’m guessing you met on the AAU circuit?

Yeah, I have pictures at my house of him and his family, same…vice versa, so you know.

At Duke, I know that you took 9th Wonder’s class. Him and Mark Anthony Neal.

What was that experience like, because I’ve been talking to a lot of the Duke guys…

It’s crazy, because we [Tatum] were talking about that the other night. I took Mark’s [Anthony Neal’s] sessions both semesters in college, so it was a great time. I had a great time in his class. 9th Wonder is from the same town as I am too, so that was another thing for me just to learn from him, and see one of the greats from my city be one of my professors, so it was a blessing.

Had you heard about it beforehand?

Especially being from North Carolina.

We’re from the same exact city, so I know all about him.

So what did you actually learn?

That’s alright, I know what y’all want to hear me say, so I ain’t learn nothing. Laugh about it. [laughs]

Did you tell others after you left?

Now that you’re here, in the League, dream fulfilled, what is your mindset? Obviously I know you want to get better every year.

Yeah, I’m going to go get it. Make sure I’m known at the end of this, because I have been through enough.

So, this is going to be for something. I’m going to promise that.

I mean…it does as long as it’s two schools still there, but with me it’s whatever so…

When you’re in the locker room or somebody is talking…

It don’t matter a little bit. I’m going pick and fig [Ed note: North Carolina slang] with it, but I mean…I’m from North Carolina too, and I have youngin’s that are going to go either way—or NC State too—so they get love from me.