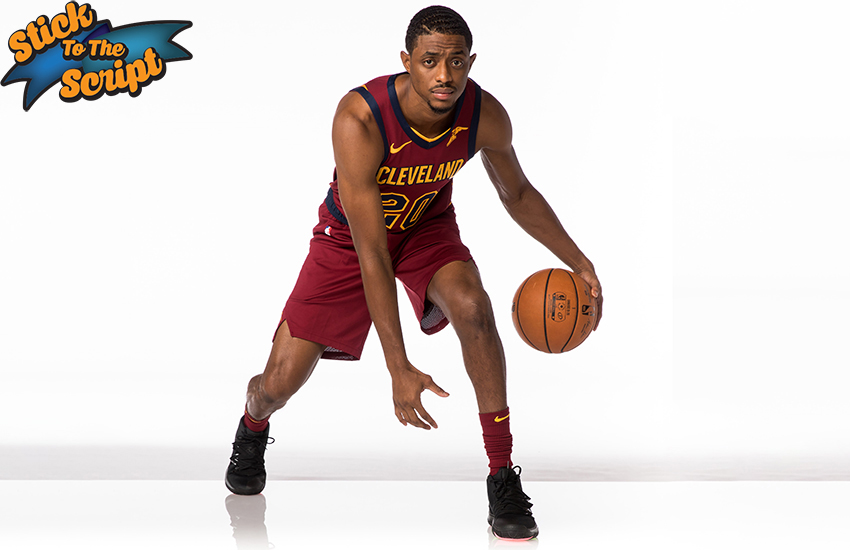 Cleveland Cavaliers’ guard Brandon Knight, understands all too well that the basketball journey is far greater than the actual destination. The south Florida native, is no stranger to accolades and the frenzy that comes with playing in the spotlight. Knight is a former two-time Gatorade National Player of the Year, and Florida Mr. Basketball. He leveraged that acclaim to sign a national letter of intent to play for coach John Calipari at the University of Kentucky.

He made the best of his inaugural year with the big blue nation, and after posting averages of 17.3 points, 4.0 rebounds and 4.2 assists in 38 games he made a declaration to forgo his final three seasons of eligibility, and enter the 2011 NBA draft.

Knight was selected by the Detroit Pistons in the lottery, with the eighth overall pick. He paid immediate dividends by becoming the first Pistons’ rookie since Grant Hill to be named to the NBA All-Rookie First Team.

Trades and injuries ensued and he even missed the 2017–18 campaign after tearing the ACL in his left knee prior to the season. Through it all, he has been able to establish himself as a reliable guard, and has quickly settled in as a key component for the Cavs’ second unit.

We had an opportunity to discuss his Florida roots, playing for Kentucky, love for football, and more.

Can you walk me through your career in the League?

The journey has been for me…I mean I have been on a couple different teams, but everything is a growing experience…a learning experience, for me it’s always about taking steps, no matter what situation you’re in. In the NBA you can’t really control a lot of times where you’re at, so you gotta just, you know, make the best of it.

I hear you on that.

Wherever you’re at, and like I said, continue to grow and embrace whatever situation you’re in.

You’re from Fort Lauderdale which is a stone’s throw from Miami, did you make that trip down I-95 to play there?

Yeah, I’ve played all over Florida. I’m born and raised there, so I’ve been everywhere in Florida.

Florida is slept on for basketball.

For sure, it’s so many football players, so we don’t have as much recognition for basketball, and basketball is so big in other places…people just correlate Florida with football.

How did you find a love for basketball in a predominantly football state?

I played both. My first love was football and over time, I just grew towards basketball because I could see the progression in my game just from working hard, and spending hours in the gym. You could see the growth, and you know I fell in love with that, being able to see myself develop. I could see, if I put hours into this, I can get better—that’s what my love for basketball came down to: just the ability to work hard, spend hours in the gym and see instant rewards from all the hard work.

What position did you play and how far did you take football?

Quarterback when I was younger, wide receiver, safety, linebacker, I played it all, especially Florida you know…Pop Warner, it’s serious out there, so I always played.

How did you transition for making a name in your city and state to the University of Kentucky, was that somewhere that you really wanted to go?

No, I actually didn’t. I really only went because of Cal [Coach Calipari]. I didn’t even know where Kentucky was being that I’m from Florida, so with getting to know Cal [Coach Calipari] more and building a relationship with him, that’s what really compelled me to go to Kentucky.

Who did you look up to basketball wise?

MJ. MJ was my time, so I spent a lot of time watching him, idolizing MJ, that was the guy I think a lot of kids from the early ’90s watched.

Did you always see yourself as an NBA player?

Was there a moment, that helped you visualize this day?