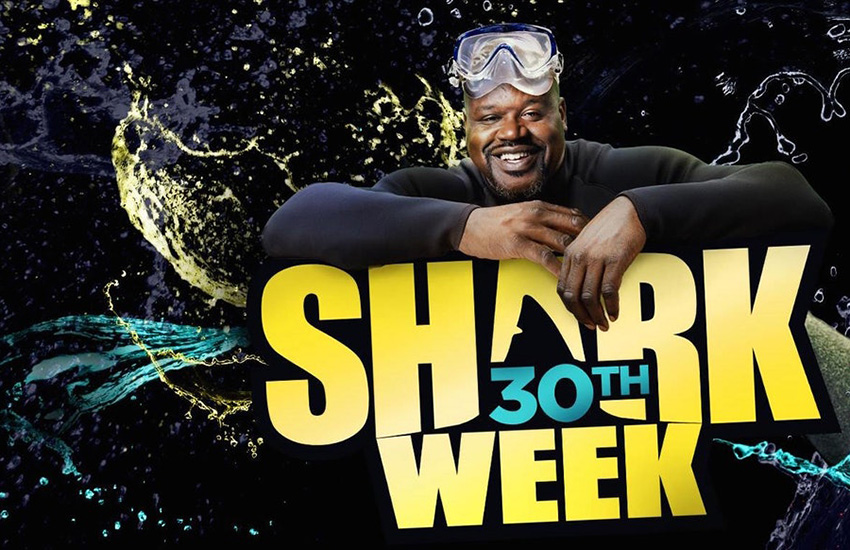 Shark Week is an annual tradition exploring one of man’s greatest fears, and without a doubt, its greatest ocean fear. Even a whale-sized humans like Shaquille O’Neal have a natural trepidation of open waters due to (much overhyped) the man-eating capabilities of the shark.

Discovery Channel recruited the Hall of Famer to test the waters and conquer any fears of the notorious fish, starting out with a land encounter with one of the shark’s favorite prey, the seal:

The next step is a dip inside a tank with some reef sharks. It was baby steps (even for Shaq) but he overcame his Selachophobia.

The final test is the shark cage—as with all things Shaq, it was renamed the Shaq Cage—in the open sea. Discovery did its best to build up the drama when a small shark slipped through the bars into the cage, but truthfully there was way more tension between Shaq and Kobe in the 2003-04 season.

There's a shark in the @SHAQ Cage!! #ShaqWeek is now streaming on #DiscoveryGO. Watch it here –> https://t.co/mNNKQC0Rlc pic.twitter.com/OlfSdf9Dx2

Click here for the full video (cable subscription required) and watch the rest of Shark Week on Discovery Channel this week.