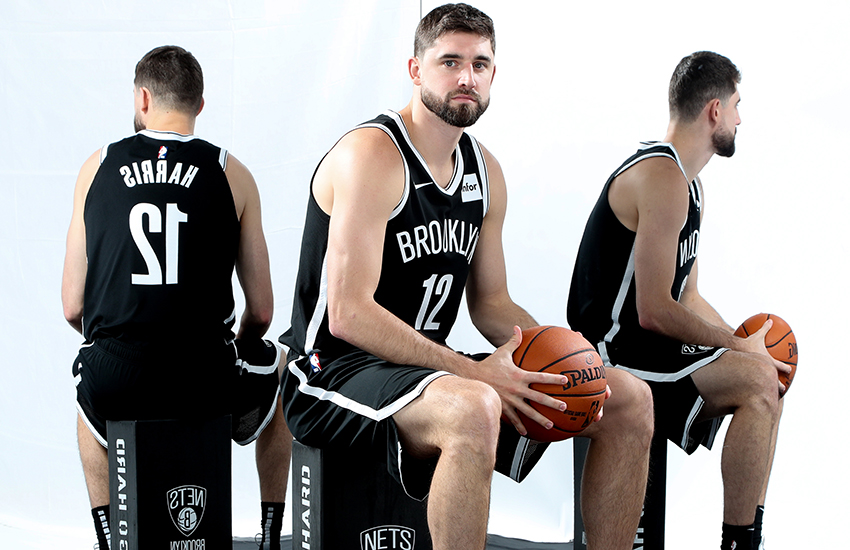 Over the years Joe Harris has shown that he is one of Brooklyn’s most resilient players. Many assume he’s a shooter in the mold of Kyle Korver, but he’s more than that. Yes, he’s a knockdown sharpshooter he’s not afraid to mix it up and slash to the rim and attack the basket.

After the 2019 FIBA World Cup there was speculation that players like Jayson Tatum, Donovan Mitchell and Jaylen Brown were primed to have a breakout season because of their USA Basketball experience. It’s a good possibility, but they’re also forgetting about Joe Harris. During his World Cup stint, he played against and with some of the best talent in the world, which is only going to enhance his game. .

This offseason The Nets made a huge splash by signing Kevin Durant, Kyrie Irving and DeAndre Jordan to build on last year’s surprising playoff run. Despite Brooklyn’s star-studded free-agent class it’s their role players that are going to come up big, it’s going to be their depth that’s going to make or break them this season. Their role players are going to play a pivotal role in the team’s overall success and where they finish in the standings. Harris is expected to play another huge role for the team as he did last season as a sixth man/spot starter. It doesn’t matter the role he plays Harris is a dependable shooter that’s always ready to make an impact and help The Nets to postseason success.

We recently sat down with Harris and spoke about how his participation in The 2019 World Cup helped him prepare for the season, and how he expects Brooklyn’s latest additions of Irving, and Durant to help him elevate his game.

Firstly, how was your experience playing for Team USA during the 2019 FIBA World Cup?

It was a huge honor for me. It was a surreal experience to wear USA across my chest. It was an unbelievable experience. It’s something that I will remember for a long time.

The tagline for the World Cup was “The World Game.” How would you gauge the global growth of the game in terms of talent throughout the world?

When you look across the board at the count of NBA quality players that are on various international teams in Europe, Latin America, the Middle East and Asia, there are good players all over the world now. It’s just not in the NBA where America has the most talent. It’s very much spread out; there’s a huge amount of great talent throughout the world.

What are some things that you took from Gregg Popovich and Steve Kerr?

You learn a lot from the simple stuff that they preach. There’s a level of genius in their coaching that’s simple and efficient. There are some techniques and tactics where they expect a lot out of you. Even in the most mundane drills, they just make sure that you’re going 100 percent and that kind of effort translates into success on the court.

During the World Cup, you played with some accomplished and up-and-coming players. How did playing with them elevate your game?

Whenever you play with better competition or play against better players, it raises your level of play on both ends of the court.

In terms of development, how did playing for Team USA help further mold your game coming into this season?

This summer I learned a lot playing for Team USA. Representing my country was as an intense offseason program. I played against some of the best talent in the world; it didn’t matter if it were competing against my teammates in practice or the competition I faced in the World Cup.

Last season the Nets overachieved as a team, taking the Sixers to a competitive five-game first-round series. Has the overall mentality in terms of expectations changed with the arrival of Kyrie Irving, DeAndre Jordan and Kevin Durant?

You have a history with Kyrie Irving, you guys were teammates during your first two seasons in Cleveland, the circumstances were different in terms of where your career was at back then, given your growth as a player do you expect Kyrie to elevate your game further in Brooklyn?

Guys like Kyrie and KD are champions, they’ve played at the highest level in the NBA, so not only do I expect them to help my game, but I expect them to bring a certain level of maturity and a championship level mentality to our locker room.

You made some major strides in your career from where you started in Cleveland. Are you putting any extra pressure on yourself to perform given that you’re in a contract year?

No, honestly I’m looking for a similar approach from the moment that I got here just trying to do what I can to help the team win.