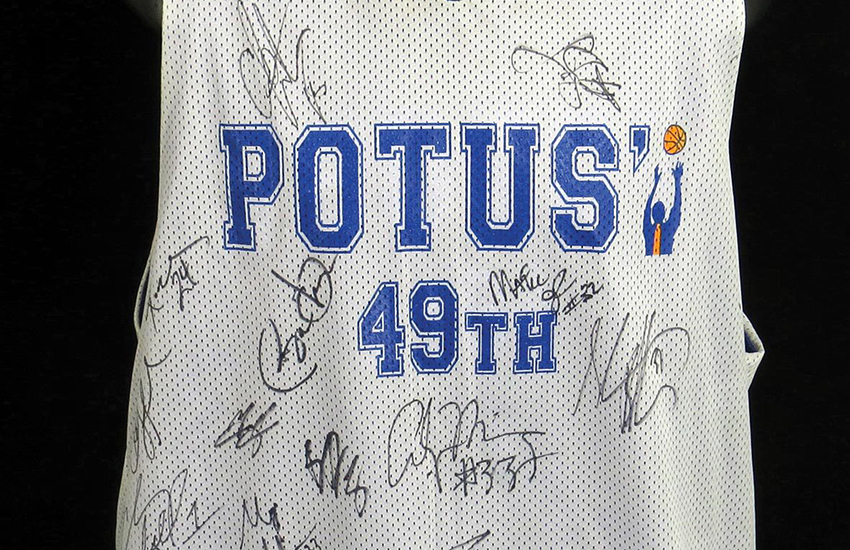 Being the President of the United States seems like an incredibly stressful job, but it’s certainly not without its perks. Take, for instance, the way that President Obama celebrated his 49th birthday in August 2010: by gathering a who’s who of current and former NBA stars and playing some pickup basketball at Washington D.C’s Fort McNair. The games featured household names like LeBron James, Kobe Bryant (who didn’t play), Carmelo Anthony, Chris Paul, Magic Johnson, Alonzo Mourning, among others. The event was attended by wounded veterans from the Walter Reed Medical Center. 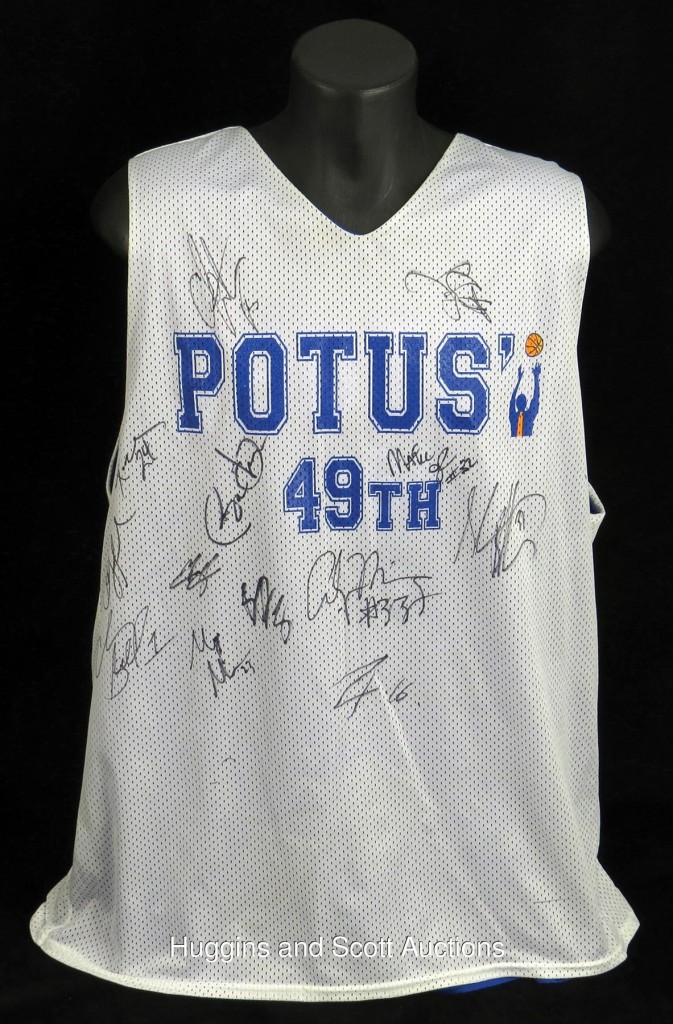 Now, one of the veterans who was in attendance is putting up for auction Mourning’s game-worn mesh jersey, signed by many of the players who were there, as well as the POTUS himself. The auction is being hosted by Huggins & Scott, and the current bid is at $1,300. Since most of us will never get the chance to step onto the court with our sports idols, owning this piece of presidential history may be the closest we can get to living out that kind of basketball fantasy. If you’ve got the assets to make it happen, you’ve got just a week left to get your bid in and try to get your hands on the jersey, which hopefully no longer smells like Alonzo Mourning’s sweat. 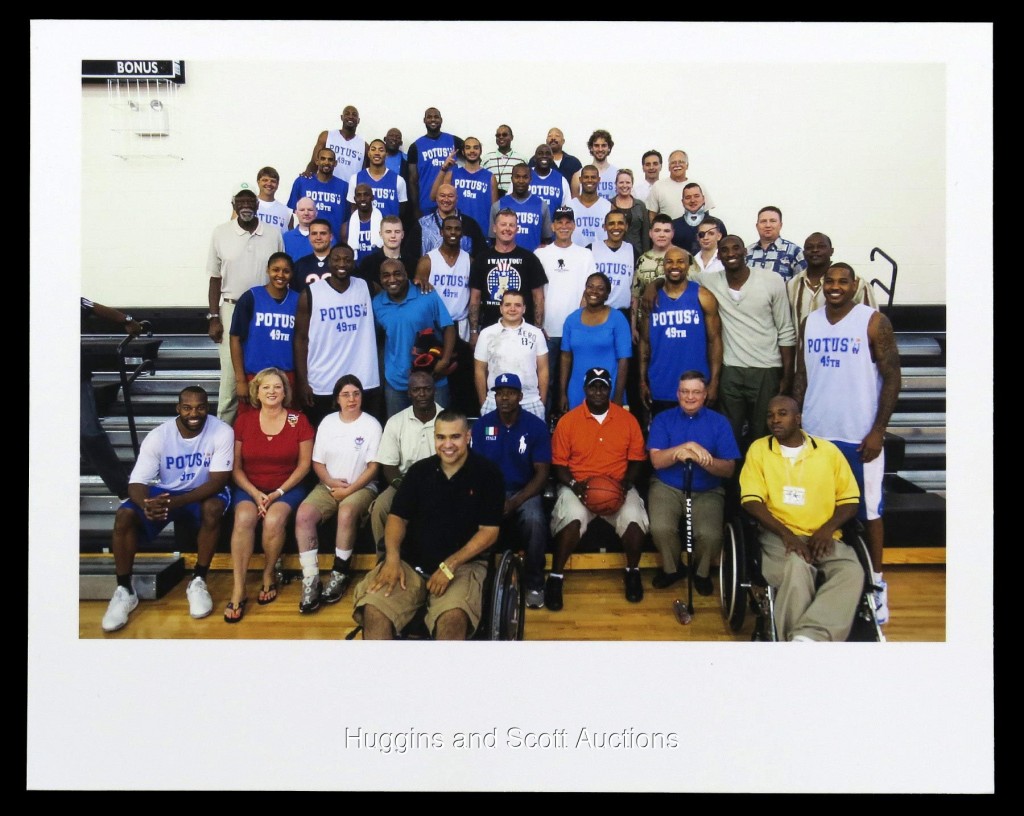 Check out the auction page here.