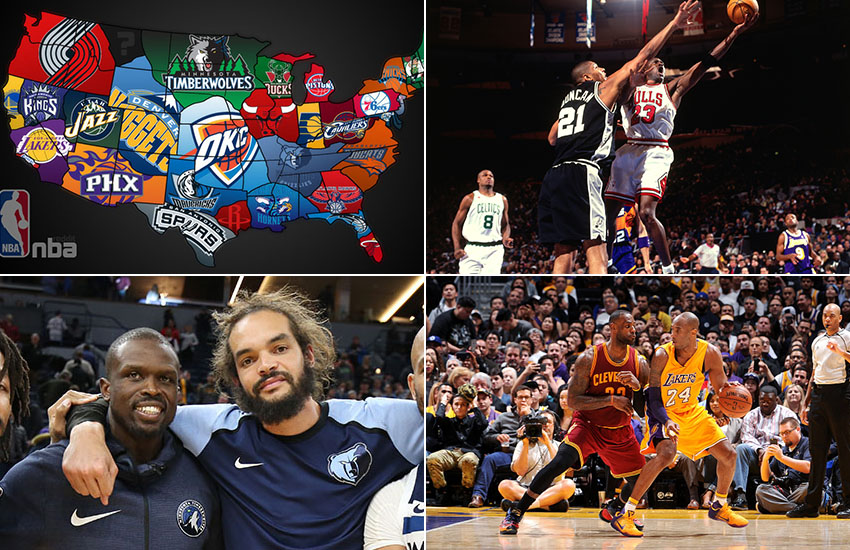 The West vs. East Gap

That is what the metrics show us when we use Basketball Reference’s Simple Rating System to give us a 20-year ranking that combines margin of victory with strength of schedule.

There is no better way to illustrate the 21st Century talent gap between the wild West and the weak East after 19 seasons of Western Conference dominance in regular season head-to-head competition. 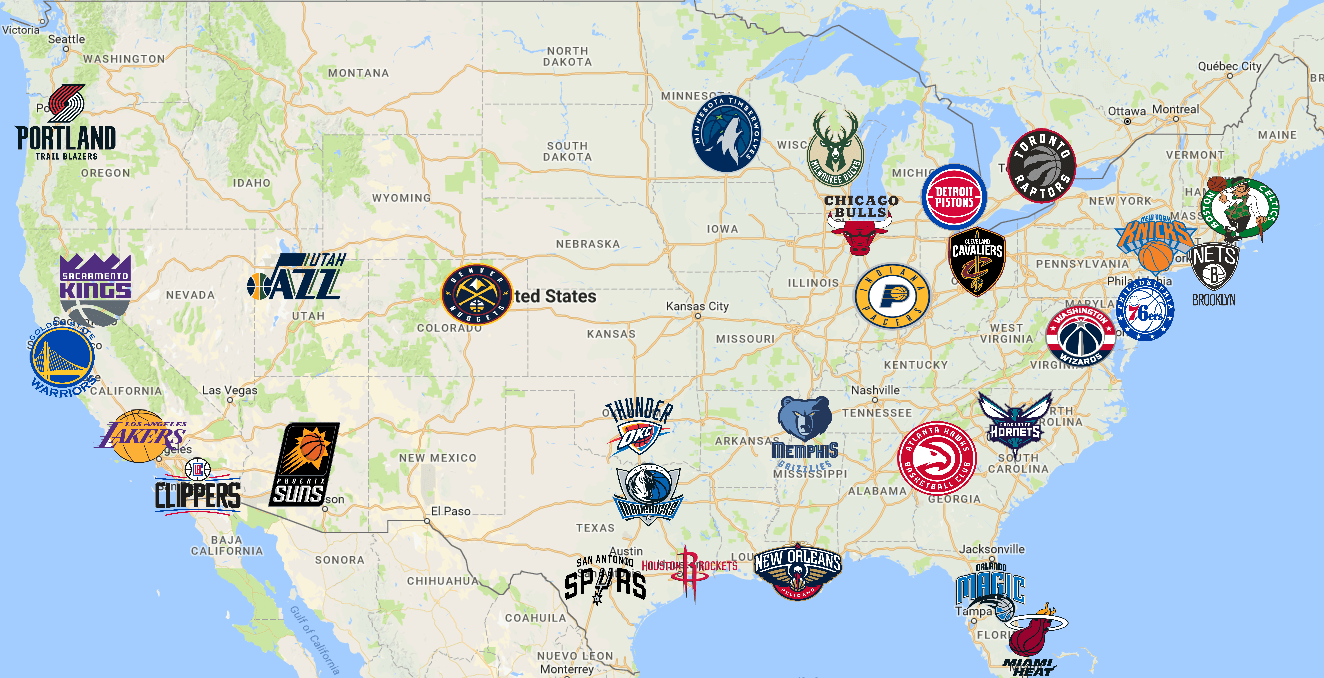 Subconsciously and inherently, the NBA gives the Eastern Conference all kinds of handicaps to level out the playing field:

2. East teams continue the weak-schedule advantage during the playoffs by avoiding the tough West teams in the postseason’s first three rounds;

3. By changing the home-team playoff format from 2-3-2 to 2-2-1-1-1, the discrepancy between light East postseason travel and weary West cross-country sojourns increase even more, best evidenced last season by the Golden State Warriors postseason travel (18,024 miles on 14 trips) compared to the Toronto Raptors (12,795 on 15 trips). That 15-hour flight advantage makes for quite a difference at playoff time.

There are several ways the NBA can address this non-cyclical nonsensical problem.

1. Eliminate the conference finals and allow the team with the best regular season record to play the team with the worst record in the semi-finals round, regardless of conference. There is no reason East must play West in the NBA Finals when history has shown us the best teams come from the West. Simultaneously once that change is made, the NBA can also reverse its playoff home-road format back to 2-3-2 to eliminate the 2-2-1-1-1 hypocrisy.

2. Regionalize the sport by combining the Pacific and Northwest divisions into one West region; merge the Central and Atlantic into one North region; unite the Southeast and Southwest into one South region. By adding one wild-card winner to the three champions of these regions, the NBA could field a four-by-four bracket tournament with all four No. 2 region teams seeded in the wild-card bracket, which would provide for a more competitive, unbiased tournament for all teams involved.

Regardless of your preference of change, something must be done to circumvent the East champions’ annual cakewalk to the Finals by comparison.

Do you realize the West’s worst team would make the East playoffs almost every year had they had the advantage of gerrymandering as their Milwaukee Bucks neighbors have.

I have a pet peeve when NBA folk hype up prospects by calling them “once-a-generation” type players.

My annoyance is nobody knows what a generation is.

By all conventional definitions, a generation refers to all the people born and living at the same time.

Depending on which source you Google, most wordsmiths say a generation ranges anywhere from 20 to 30 years.

So, let us just say—for the sake of argument—that if the NBA is embarking on its 74th season since league inception in 1946-47, then 25-years-per-generation probably would be a good break-off point to defining our eras. 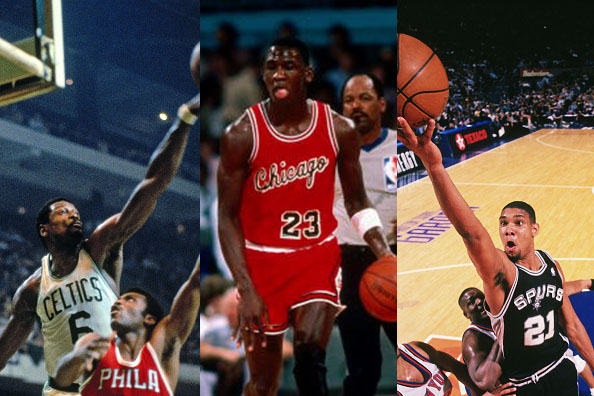 Others respectively might select Wilt Chamberlain, Kareem Abdul-Jabbar and/or LeBron James in those aforementioned eras, but you get my point.

Once you make your selection in these timespans, then your three legends are clearly and accurately defined as true once-in-a-generation players.

I think it is both a mistake—and inaccurate—when we predict once-in-a-generation status for teenagers. No matter how great they become, there is a 99 percent chance they still will come up short of that lofty status.

We should never use the “once-in-a-generation” term on any prospect.

Not NBA rookie Zion Williamson, who draws 104,000 results when one Googles “Zion Williamson” with the words: “once a generation.”

Not 2018-19 ROY Luka Doncic, who draws 217,ooo results when one Googles “Luka Doncic” with the words: once a generation. 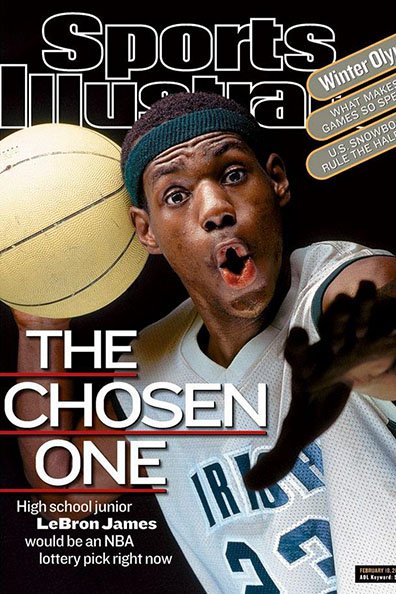 You can forgive the 7.91 million people who saved that illustrious OIAG tag for LeBron James, the only player drafted in the modern era who is worthy of the generational title. He has proven to live up to the tag, but it took him a decade-and-a-half to do so.

After all, the Once-In-A-Generation card should only be used–dare I say it–once in a generation.

And to me, it seems to make more sense to use that title at the end of a player’s career, rather than at the beginning, like we seem to do on an annual basis.

When we use phrase prematurely, we are merely guessing at greatness, not recognizing it.

LaVar Ball’s triple-B Big Baller Brand is subconsciously associated with overpriced gear to their teen and pre-teen audience, while my triple-B alliterative counterpart, Bargain-Basement Bin, speaks to the counter-culture of 50-year-old NBA GMs who are looking to fill out their rosters with old heads seeking veterans’ minimum contracts.

That is why I hereby give my fellow age peers some validated recommendations during this upcoming 2019-20 season.

Luol Deng, free agent forward: The 34-year-old Deng is my surest-yet-unlikeliest bet from this Bargain-Basement Bin. His game has shown no signs of decline, despite the Timberwolves and Lakers reluctance to play him. Remember, while Deng was earning the big bucks to sit on the bench, the only reason these teams did not play him was because they were in tank mode.

Joakim Noah, free agent center: Noah showed the NBA via Memphis that he still has major value as a defensive center off the bench. If you have a big man who can play 30 minutes per game during the regular season and 36 in the playoffs, the 34-year-old Noah is your ideal backup with his point center skills and defensive quarterback ways.

Kenneth Faried, free agent center: Faried showed the NBA that he could fill in the Clint Capela rim-runner Rockets role as well as any reserve they have had the past few years. And at age 29, he may have staying power that these others—who are mostly in their mid-30s—might not have.

Marcin Gortat, free agent center: Not long ago, Gortat was starting games for the Clippers and Wizards. With that in mind, just know that the 35-year-old center is more than capable of playing a backup center role, a position he played well with the Orlando Magic a decade ago.

From Hall of Fame To NBA’s 75 Greatest Players List

It did not use to be this way.

In previous decades, you rarely saw more than seven Hall of Fame inductees in any season, with most inductees ranging from three to seven in total.

But since 2010, the Hall of Fame has become a Halls and Patio and Balcony of Fame, with 105 individuals and five teams being inducted in the last 10 years alone.

From the NBA offices alone, we have seen the Hall of Fame welcome David Stern, Russ Granik, Rod Thorn and Rick Welts.

I am not saying they are not worthy. I am just saying the Hall of Fame is welcoming a lot of contributors and players and coaches from all walks of life that never used to get into the hallowed Hall.

By doing so, the bar has also been lowered for players eligible to get in.

Again, I am not saying this is a bad thing. It is just a reality that we ought to recognize.

After all, a dozen annual selections to the Springfield, Massachusetts event does water down the significance of the hallowed Hall when an all-time great is in their midst.

To these naysayers, I say place your focus on another awards ceremony that is hopefully underway a year-or-so from now.

To those upset, I say turn your heads back to 1996 to recall the highest honor our sport has to offer its all-time greats to this date: The NBA’s Greatest 50 Players.

Nearly 24 years ago on the League’s 50th anniversary at the 1996 NBA All-Star Game in San Antonio, The Association honored its 50 best all-time players by flying them out for a weekend of celebration of their contributions to the game.

I only hope the NBA is doing something like that again when the league celebrates its 75th anniversary at the 2021 NBA All-Star Game in Indianapolis.

One would think the idea is a natural.

The hypothetical NBA’s Greatest 75 Players is the prestigious list we should be creating over the next couple weekends, rather than arguing on TV/radio/internet talk shows whether Jones, Moncrief, Sikma, Westphal and Divac are deserving Hall of Famers or not.

But they were multiple All-Stars who did push the Kareems, Magics, Birds and Shaqs of the world to greater heights at playoff time.

So, yes, you bet they are deserving HOFers!

But if you are one of those types who wants the Hall to have more exclusivity, this is where I tell you to adopt the NBA’s 50-to-75 Greatest Player campaign as your new vessel of focus.

In honor of such prestigious awards to come, I hereby nominate my 25 players I would add to the NBA’s 50 Greatest Players list if and when the league is ready to expand such a list to 75 honorees.

May I have the envelope please …

LeBron James (2004-present): Not too many players historically can win three rings and stack up four NBA MVPs, three Finals MVPs, 15 All-NBA and six All-Defense awards … and keep the meter running for more at age 34.

Dirk Nowitzki (1999-2019): Nowitzki goes down as the greatest stretch 4 in league history, while taking home one ring, one NBA MVP award, one Finals MVP and 12 straight All-NBA trophies from 2001 through 2012.

Kevin Garnett (1996-2016): KG has one ring, one NBA MVP, nine All-NBA, 12 All-Defense accolades and the legacy of leading the ’90s prom-to-pro movement that should become prevalent—and legal—again in the 2022 NBA Draft.

Manu Ginobili (2003-2018): Only Duncan, LeBron and Nowitzki have a greater 21st Century plus-minus total than Ginobili. In 2004, the supersub with four NBA championship rings stunned the aforementioned when he led Argentina to Olympics gold while taking out Duncan and LeBron’s USA squad in the process.

Carmelo Anthony (2004-present): Melo’s medals will be more than enough to get him on this team, with the scoring forward leading the 2016, 2012 and 2008 USA teams to Olympics gold. On top of that, Melo has six All-NBA awards.

Dwight Howard (2005-present): Howard grabs the 25th spot for now, but can the 33-year-old center hold off Klay Thompson, Draymond Green, Tony Parker, Vince Carter and Ben Wallace, along with past snubs like Dominique Wilkins, Dennis Rodman and Horace Grant?