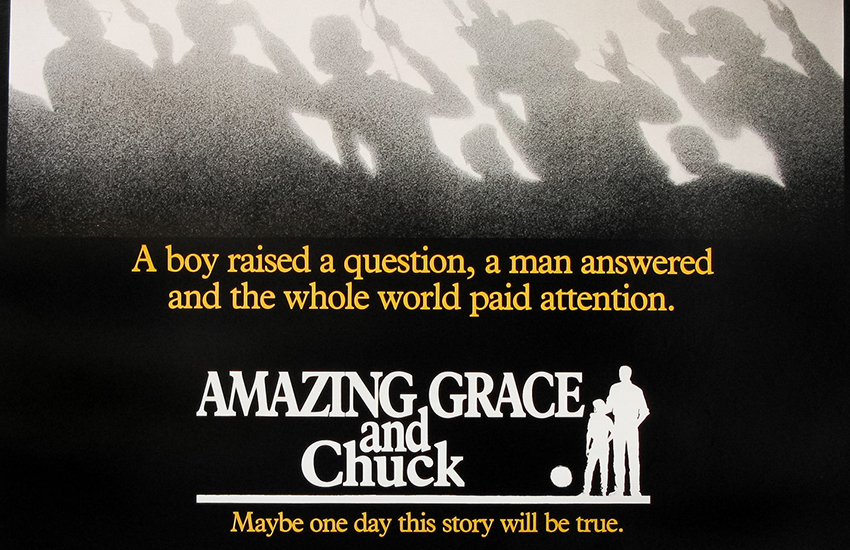 For the remainder of the summer, each week we will take a deeper look at a basketball movie. Some you know, some you don’t. Today brings us Amazing Grace and Chuck, the 1987 nuclear war fable starring Alex English, Joshua Zuehlke, Jamie Lee Curtis, William Petersen, and Gregory Peck.

As America gets older, we like to think we grow more sophisticated. Life under our president has been a stunning rebuke to that concept—from race relations to international diplomacy to the environment. Amazing Grace and Chuck (1987) reminds us of another, less obvious shortcoming. In the film, then-Denver Nuggets superstar Alex English plays Amazing Grace Smith (a name that if real, would rival World B. Free), a Boston Celtics superstar who decides to stop playing basketball until the U.S. disarms its nuclear weapons.

Amazing’s announcement causes an uproar. It still would, consider that the malevolent pile of pumpkin pie filling and his followers lose their minds when Steph Curry waffles over a White House invite. Nuclear weapons have been part of the national conversation (or worse) since the 1940s—we just have a president who uses them to steady his forever wobbly self-confidence. But a healthy portion of the population still cannot forgive an athlete for having thoughts outside their occupation. 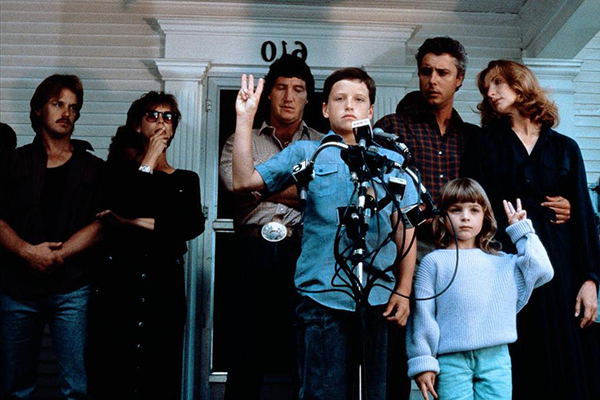 The best example, clearly, is Colin Kaepernick, who remains unemployed—while moldering options like Jay Cutler took snaps last season—because he dared to comment beyond his playbook. (Kaepernick has also donated his time and money to charitable endeavors.) It threatens the comfort level of those who use sports as a bubble from real life—including our president, who apparently slept through the 1968 Summer Olympics—who can’t understand why these entitled players must make a statement on some kid wearing a hoodie or a dude who sold cigarettes. Players are people, never more so when the cameras stop rolling. Stripped of his uniform and wearing a jogging suit in Anytown U.S.A., too many people would view any African-American NBA player as a walking threat.

Nuclear war levels the playing field while obliterating it. I hope I’m wrong, but I can’t imagine a topical movie like Amazing Grace… being made today. It’s impractical when James, Steph Curry, or any NBA star can head to Twitter or Instagram. Or they can make a statement to the press (or wear a T-shirt or not stand for the national anthem) that whizzes through the various tubes. Today, basketball is a game of global popularity. Back in 1987, the NBA was basking in the Finals not getting tape-delayed and basketball jerseys were strictly sports equipment and not fashion statements. No athlete with a shoe contract needs a movie as a messenger. He or she can cut through the clutter (and the snark of critics) with a mere 140 characters or a photo.

Back to English, a Hall of Famer who too many people forget beyond a sweet throwback jersey. He was the first player to score 2,000 points in eight straight seasons. He scored more points in the 1980s than any other player. So why the relatively low profile? Well, his teams never made it to the Finals during an era of dominant sameness—only five teams played for a championship in the 1980s: the Celtics, Lakers, he Pistons, Sixers and Rockets. Check out the highlights. English was liquid efficiency: midrange jumpers and motion, a coach’s object of desire. Few kids outside of Denver were emulating English on playgrounds, not with Dr. J, Larry Legend, Magic, Nique, Zeke, and other nickname-worthy stars in abundance.

This quote from English on his NBA.com legends profile sums up everything: “I’m not so flashy, not so boisterous. I’m low-key. My job is to do the job I’m supposed to do. There are people who don’t see it. But they aren’t paying attention.”

In that respect, the somber Chuck and Amazing Grace is a perfect vehicle for English. The plot: 12-year-old Chuck (Joshua Zuehlke, in his first and last movie) is the ace pitcher on his Little League team. After a school trip to see the local military base’s nuclear missile—how did that permission slip slide by the PTA?—Chuck’s carefree life of tire-swings and sandlot games shatters. Mass destruction is a bike ride away. Chuck’s existential dread forces him to stop pitching, but a principle emerges: He must give up something to get something. His sacrifice makes the wire services, where it’s read by Amazing, who follows Chuck’s lead. He steps away from the Boston Garden’s dead spots and moves to Montana. “I don’t think he should be alone,” Amazing says at his press conference. That’s when the movement accelerates, much to the consternation of Chuck’s pilot dad (William Petersen), the aggravation of Grace’s business manager (Jamie Lee Curtis), and the grudging admiration of the kindly Reagan-esque president (Gregory Peck) who wants to look strong in front of the Russians. 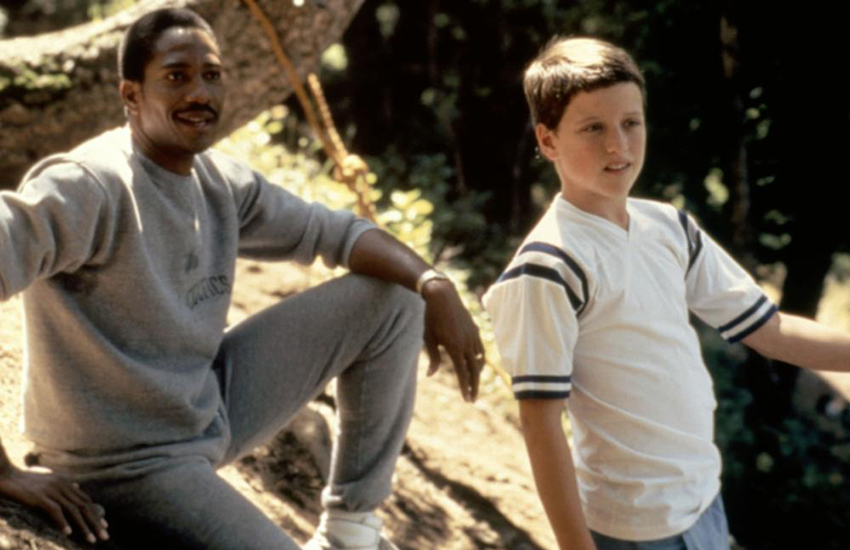 Mike Newell (Four Weddings and a Funeral, Donnie Brasco) directs the movie as a challenge—and he almost pulls it off. It is a stirring reminder that anyone—even a Little League pitcher from Montana—can make a difference. Athletes can put their actions to positive use. But, man, Chuck’s gloominess casts a pall over everything, forcing Zuehlke to act like a 40-year-old struggling to tell his wife he gambled away his 401(k). It’s hardly an appealing quality for the main character in a fable, even if Zuehlke nails the assignment. The conflicting nature of Amazing Grace and Chuck is fitting. Coupling the film’s utopian values with a Big Brother-laced subplot makes the film too somber for kids and too obvious for adults, a victim of its own ambition. English’s calm approach is a steady asset. He lopes into scenes with an endearing lack of athletic strut or cockiness. English was a thinker, he wrote three books of poetry, and it shows in each scene.

“It was a perfect fit,” says Susan Hagar, then the Nuggets’ marketing director and a friend of English (so much so that he was in her wedding). “I saw the movie and I even mentioned to him that it was hardly a stretch. Not that he wasn’t good in it, he was, but [Amazing Grace] was very much aligned with the person he was and still is: very soft-spoken, very caring, understated kind of role.” English had no celebrity affectations—NBA-related or otherwise. “He had this way about him, where he just sort of took that in stride,” she adds. “I thought that’s the kind of persona that he played in the film, too. From that standpoint, it was a no-brainer in terms of casting, I think. Because that’s just who he was—and is.”

What has improved since the 1980s is that entertainment for kids has grown more sophisticated without rattling the souls of the preschool sect. Directors have learned to make thoughtful movies without putting kids in danger of being kidnapped, orphaned, or killed by covert operatives. (Check out Cloak and Dagger and every “very special episode” ever made. No wonder today’s parents are so protective.) Watching Amazing Grace and Chuck now jangles the nerves. Today, a child is leading the way, and he’s turning nuclear war from a protest point to a bracingly real possibility. More athletes are refusing to be part of the pageantry. Forget about a remake, we’re living in it.