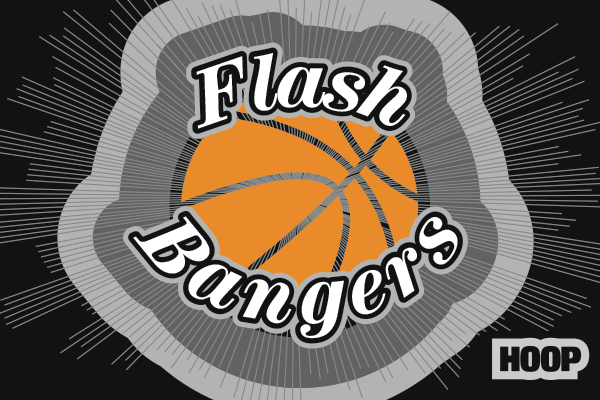 The Greek Freak finds himself on both sides of a poster, Russell Westbrook throws down three violent dunks and all the other amazing videos you need to see from around the NBA last night today.

Greek Freak Gives And Gets Postered

This might be the most impressive poster dunk of the season so far. Giannis Antetokounmpo used a euro step to shake Dwyane Wade and then obliterates the best shotblocker in the League, Hassan Whiteside.

It’s worth looking from another angle.

As impressive as that dunk was, the Greek Freak also felt the pain of ending up on the wrong side of this Josh Richardson poster.

Russell Westbrook has a long and storied history of abusing innocent basketball rims. But he must have a distinct hatred of the ones in Denver because he unleashed a series of vicious dunks against the Nuggets.

Poor rims never stood a chance against the fury that is Russell Westbrook.

As 10th anniversary of #Kobe81 approaches, we look back with five-part series! Part 2: Everything flowing early! https://t.co/WtiOOChWZP

Mamba doesn’t forget anything. If you didn’t know that already (he is legendary for holding grudges), this is a good reminder. What happened on the first two possessions of his 81-point game? Just ask Kobe. He can break it down like it was yesterday. And you know the series will only get better from here as Mamba looks back on the greatest scoring performance since Wilt Chamberlain.

The NBA reminds us how impactful one high five can be.

Durant Climbs For The Oop

Winslow Oop On The Break