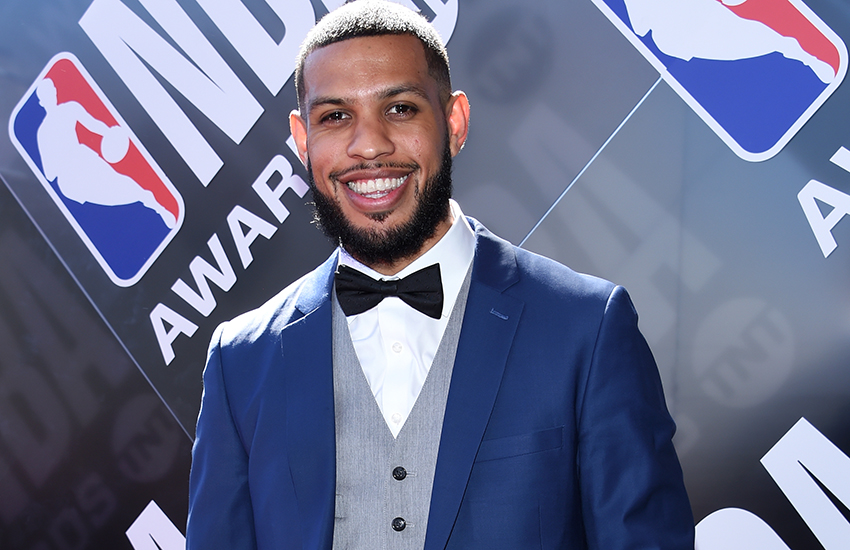 It’s that time of year when fans are avidly watching the lives and loves of the characters of the HBO series Insecure. With the season three theme of “know better, do better,” attorney Molly Carter is trying to set boundaries with her friend/lover Alejandro “Dro” Peña, oh so charmingly portrayed by baller-turned-actor Sarunas J. Jackson. The 6-8 Jackson played college hoops at the Division II level and went on to play professionally overseas. His basketball skills combined with his acting chops when he portrayed the lead character, Frequency Vibrations, in NBA 2K16, directed by Spike Lee. His worlds also recently combined in Under Armour’s original series Home Court, which puts a spotlight on Baltimore basketball.

Logistically, what are the challenges of being a 6-8 actor filming with people who may be a foot or more shorter than you?

Being seen as a normal human being and not just a hooper/athlete. When you’re a person of color and tall, they immediately box you in. Meanwhile Vince Vaughn, Will Ferrell, Tim Robbins, Robert Cromwell, etc., can be 6-5 and taller but can play doctors, wedding planners, frat brothers and all that. Once you book a role like the one I did on Insecure, then people get used to your height and you “normalize” yourself.

When you show up on set to start a project, how do you bring your team mentality developed in basketball?

I come prepared. If you aren’t working on your jumper, how do you expect to make shots when it’s game time? I’m constantly working on my craft and trying to better myself. I also listen to music really loud in my trailer like I’m in the locker room getting ready for a game.

At what age did you start playing basketball and when did you realize you really loved it?

I started playing basketball like in third grade. Fell in love with it by fourth. When I was a kid playing against other kids, I was noticeably one of the better kids. It came naturally to me and I always loved watching the games. I had a decent amount of knowledge of the game even when I was young. It kept going from there.

Who were your basketball idols?

Scottie Pippen, Penny Hardaway, T-Mac, LeBron, Allen Iverson, Kenyon Martin, Ray Allen and Jason Williams. So many, but those were the main guys.

What did you love about their games?

Was there a player you modeled your game after?

Scottie Pippen, hands down. The best defensive player of all time! I stand by that. Can defend 1-5. And I was that guy as well. A playmaker, I pride my game on good passing and putting my teammates in a position to succeed. He was so versatile. Can shoot, dunk on you, rebound and push. He’s respected but still deserves more.

Did you get to see any NBA games live when you were growing up?

My dad’s side of the family is from Philadelphia. I went to a couple of 76ers games.

Was there a memorable game where Allen Iverson lit the place up?

The two times I saw him when I was younger…the first time he only had 11 points. It was his lowest scoring game all season and I was there for it. I was so mad. The second time I saw him play, he lit it up. That was the Allen Iverson I wanted to go see. It was amazing.

Where did you play professionally?

All over Asia. Taiwan was my favorite place. I also liked Hong Kong a lot and that was the last place I played.

How did the international experience shape you?

It made me tougher. Being so far away from home and loved ones for months at a time was not the easiest, but you embrace it and make the best of it. Learn new things. Open your mind. 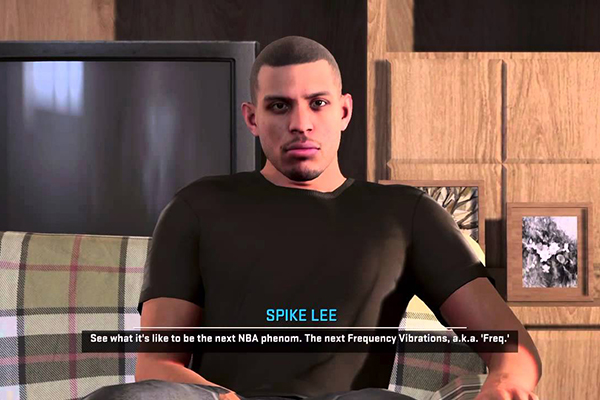 You appeared as a character in NBA 2K16. What did that entail?

I was the lead character “Frequency Vibrations” aka Freq in NBA 2K16. Spike Lee directed it and it was basically treated as a movie. I did the motion capture, which means I had to wear a suit with motion sensors on and they had a helmet with a camera attached to it that caught my facial expressions. The lovely lady who portrayed my twin “Cee Cee” (Michelle Mitchenor) is a series regular on Lethal Weapon now. It was a good start to acting for real. Amazing experience to work with a legend like Spike Lee.

When I saw Will Smith in Fresh Prince. I was five years old. It drew me in and I knew that was the world I wanted to be apart of. Then as time went on I was playing basketball and football. Took theater my senior year of high school and my theater teacher, Ms. Mastroianni, told me that I had a talent for it and I could do well if I wanted to take it serious. First person to ever tell me that and it opened my mind to that.

What was the character breakdown for Dro when you went to read for the part and how did you nail the audition and convince producers they needed a really big presence?

[Casting] breakdown came in and it said: “Black and Latino mix. I thought, FINALLY, this is perfect! Childhood friend to Molly and in an open marriage. Gets involved with Molly.

I was immediately drawn to it. I was drawn anyway. They could’ve asked me to be a bartender for one episode and I would’ve been down. Insecure was one of my favorite shows already and I knew I had to come in and bring in a grounded, authentic performance. Our showrunner Prentice Penny said I did one little thing and he knew I was Dro when I did it. Which is such an honor coming from him. My height wasn’t an issue. We have a pretty tall cast as it is.

What is it like being with those powerhouse women?

Amazing. So refreshing having a set like this one. They’re amazing human beings—kind, hilarious. Love every minute of it.

What is it like to be part of a show with voices not often well represented on television?This is something we all take seriously—everybody who’s a part of the cast or crew. You want to be a voice and you want to be a representation to people who don’t get represented as much. Not only be part of a story of people of color, but showing our lives as everyday people. We don’t just come out of a box. We are people who are successful. Molly is a lawyer. Kelly deals with finances. Different strokes of Black people. We’re not just one or two things. There are so many levels of dualities and complexities as human beings.

The passion people have for Insecure is intense. What have been your most interesting fan encounters?

Some people hate to love me or love to hate me. It’s interesting. People have come up and the first thing out of their mouths is, “Do Molly right!” A lot of people think Dro is lying, which is funny to me because he’s actually the most honest character on the show. I’ve encountered people who support the show and them being so vested, I’ve had them physically grab me and think I’m my character (we’re looking at you, Tiffany Haddish). That is interesting to me. They feel familiar with me. That’s an adjustment to get used to.

In the basketball team of Insecure, Issa is the point guard and Molly is the shooting guard. What position does Dro play?

He’s more like a point forward. A unique player because of his unique situation. He does a bit of everything. Runs his plays well [laughs].

What other projects you’re working on right now?

I’m the lead of a really cool indie movie called Dry City that I start filming later this year and I’m on a new show that’s on Freeform. I can’t say much about the show yet, but you’ll see.

You’re a new dad. Have you bought your daughter, Zen, her first basketball and when do you start the ballhandling drills?

When she starts sitting up on her own and is a little more active. I definitely have a soft little basketball for her to kind of just grab and start that love. I’ll sneak it in. I’ll put on a game. When she’s young I’ll have her watch and maybe she’ll latch onto it.