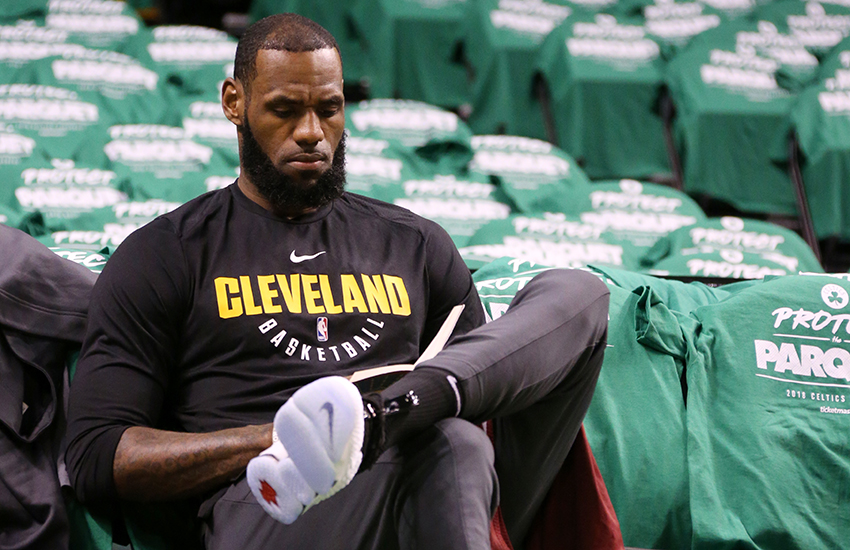 “There’s no such thing as an offseason in the NBA anymore,” an NBA scout recently told me. The Finals goes right into the draft, he explained, which segues to free agency, which collides into summer league. Fans feel the effects too. The non-stop focus on the now means the past becomes less relevant to being an NBA fan.

That’s why it’s important to take a step back and read a book about the NBA. (Or whatever captures your interest.) Punditry increasingly fuels how we get information. Any knob can present a claim as irrefutable fact—all it takes is a loud voice and frequent engagement with the “caps lock” key. Books provide the perspective to make judgements for yourself, to allow you to spot the wobbliness in the arguments. And they’re fun. But don’t take my word for it.

These should keep you busy well through the summer, as well as recommended titles when appropriate. If you want to read last year’s installment, click here. 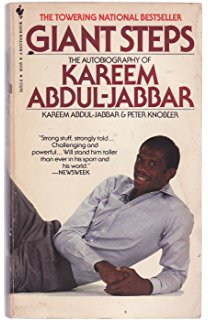 The slow, steady evaporation of Abdul-Jabbar from the NBA’s historical narrative, despite being the all-time scoring leader and winning six NBA titles, is easy to explain. It proved difficult to project your hardwood fantasies onto a 7-2 scoring machine. His game—defined by the deadly efficient sky hook—wasn’t transcendent like LeBron James’s or sexy like Michael Jordan’s. He was politically aware when that trait was universally regarded as a red flag. (If you think it’s hard being Muslim now, try doing that in the early 1970s. In Milwaukee.) And, by all accounts, Abdul-Jabbar treated the press and public with disdain.

Through it all, Kareem is an independent and deep thinker. Abdul-Jabbar’s wonderful memoir is blunt about his shortcomings and the NBA during a less-than-prosperous time. It provides a fascinating glimpse into the life of public figure who happens to play basketball.

Also recommended: Coach Wooden and Me: Our 50-Year Friendship On and Off the Court, where Abdul-Jabbar recalls his relationship with John Wooden, his beloved coach at UCLA. 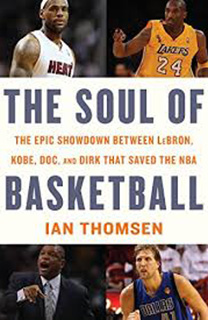 The Soul of Basketball: The Epic Showdown between LeBron, Kobe, Doc, and Dirk That Saved the NBA (2018) by Ian Thomsen

Terrible title, great book. Thomsen, who’s covered pro basketball longer than most of us have lived, reflects on the pivotal 2010-11 season. The NBA had achieved mammoth success, but where did it go now? By examining the people responsible for that state—Dirk Nowitzki emerging as a new American hero; LeBron James flailing in his new role in Miami—he unearths the heart and soul in a global corporation.

Also recommended: David Halberstam’s The Breaks of the Game, the great journalist’s sprawling profile of the Portland Trailblazers post-Bill Walton and the NBA’s wobbly state during the 1979-80 season. 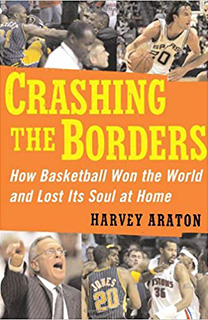 Crashing the Borders: How Basketball Won the World and Lost Its Soul at Home (2005) by Harvey Araton

A perfect prelude to Thomsen’s work, Araton, the Hall of Fame basketball writer, covers the rise of the NBA’s worldwide presence in fewer than 200 pages. It’s a masterpiece of succinctness. Turn to a random page and you get a piercing anecdote or telling quote on the good and bad of the big money, high-profile modern-day NBA. And it comes from a reporter who saw everything unfold.

Also recommended: Track down 1992’s The Selling of the Green: The Financial and Moral Decline of the Boston Celtics, which Araton wrote with Filip Bondy. 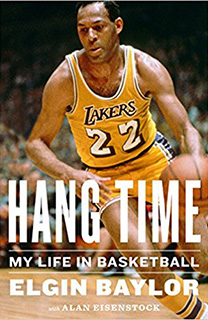 Hang Time: My Life in Basketball (2018) by Elgin Baylor with Alan Eisenstock

What’s nice about being a relatively new league is some of the NBA’s pioneers can share origin stories. Start with Baylor’s absorbing autobiography. The Lakers legend brought jumping to the pro game, literally unveiling moves players had never seen before. And he helped push the league closer to legitimacy, threatening to boycott the 1964 All-Star Game for improved players’ rights. History is speaking; listen up.

Also recommended: West by West: My Charmed, Tortured Life by Jerry West and Jonathan Coleman. Because if you’re going read a memoir by one great Laker from the 1960s, you might as well try another. 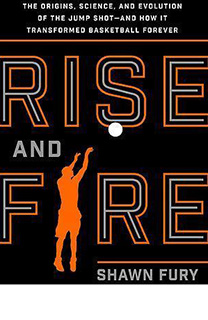 Rise and Fire: The Origins, Science, and Evolution of the Jump Shot—and How it Transformed Basketball Forever (2016) by Shawn Fury

The jump shot, the staple of every court from West 4th Street to Venice Beach and beyond, also has a history. Fury’s entertaining, well-researched account not only features interviews with some of its most famous practitioners—Jerry West (the textbook model), Bob McAdoo (the first big man who made outside shooting fashionable), Purvis Short (who put enough arc on his shot to accumulate rain drops)—it’s ripe with fascinating facts on everything from the origins of the three-point shot to the move’s once scandalous reputation. 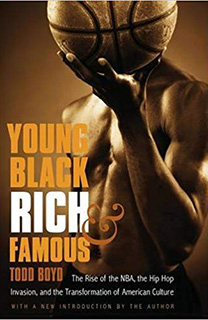 Young, Black, Rich and Famous: The Rise of the NBA, the Hip Hop Invasion and the Transformation of American Culture (2003) by Todd Boyd

How did America embrace basketball, an increasingly black game, and rap, a black musical genre, after a reception that ranged from open hostility to indifference? Boyd, a longtime professor at USC, provides a lively, buoyant explanation that will leave you thinking long after you’ve finished. 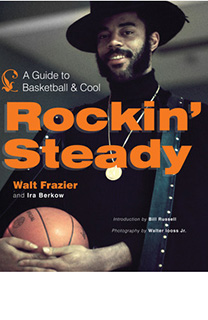 Before he was rhyming through Knicks broadcasts, Frazier was a paragon of cool as the NBA transitioned from short-shorts and buzz cuts. Clyde is the NBA’s first fashion icon, long before its players used the locker room walk as a runway. Frazier dishes on his competitors, his game day approach, and offers cogent tips for amateur players. It’s a glimpse into the off-the-court lifestyle fans now relish, plus the photos and illustrations capture the 70s at its is-it-garish-or-glamorous? apex. You may have trouble finding this priceless piece of pop culture. Keep hunting.

Also recommended: Earl the Pearl: My Story (2013) by Earl Monroe and Quincy Troupe. The other member of the Rolls Royce backcourt, and a basketball player who embraced the playground style, takes us through his basketball life up to the Knicks’ last championship in 1973. 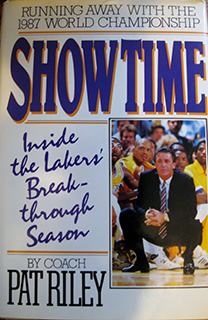 Show Time: Inside the Lakers’ Breakthrough Season (1998) by Pat Riley

The birth of the basketball coach as CEO Riley provides a candid, season-long diary behind motivating the 1986-87 Los Angeles Lakers—a veteran squad coming off a disappointing season—toward a championship.

Also recommended: Jeff Pearlman’s Showtime: Magic, Kareem, Riley, and the Los Angeles Lakers Dynasty of the 1980s. Arguably the best sports biographer working today uncovers how the Lakers dynasty of the 1980s derailed as Riley’s obsession to detail and growing ego grew corrosive. (Note: In The Soul of Basketball, Riley, to his credit, admits as much to Thomsen.) 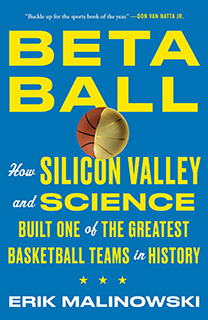 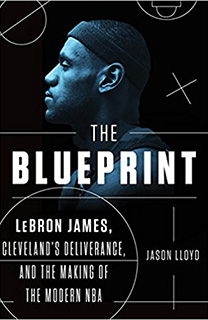 Beta Ball: How Silicon Valley and Science Built One of the Greatest Basketball Teams in History (2017) by Erik Malinowski

The Blueprint: LeBron James, Cleveland’s Deliverance, and the Making of the Modern NBA (2017) by Jason Lloyd

The Cavaliers and Warriors have been a rollicking pairing for the past four Finals. Surprise, publishers have noticed. The observant and funny Malinowski (formerly of Bleacher Report) breaks down the innovations in business and technology that created the perpetual motion machine that is the Golden State Warriors. In the other corner,

Lloyd (editor-in-chief of the Athletic Cleveland) pieces together how the Cavaliers spent years building the bridge to get their prodigal son back to Cleveland. It’s an intensely reported story—David Blatt was Michael Scott with a clipboard—of how James’s talent dictated the fortunes of one franchise. It looks history is about to repeat itself.