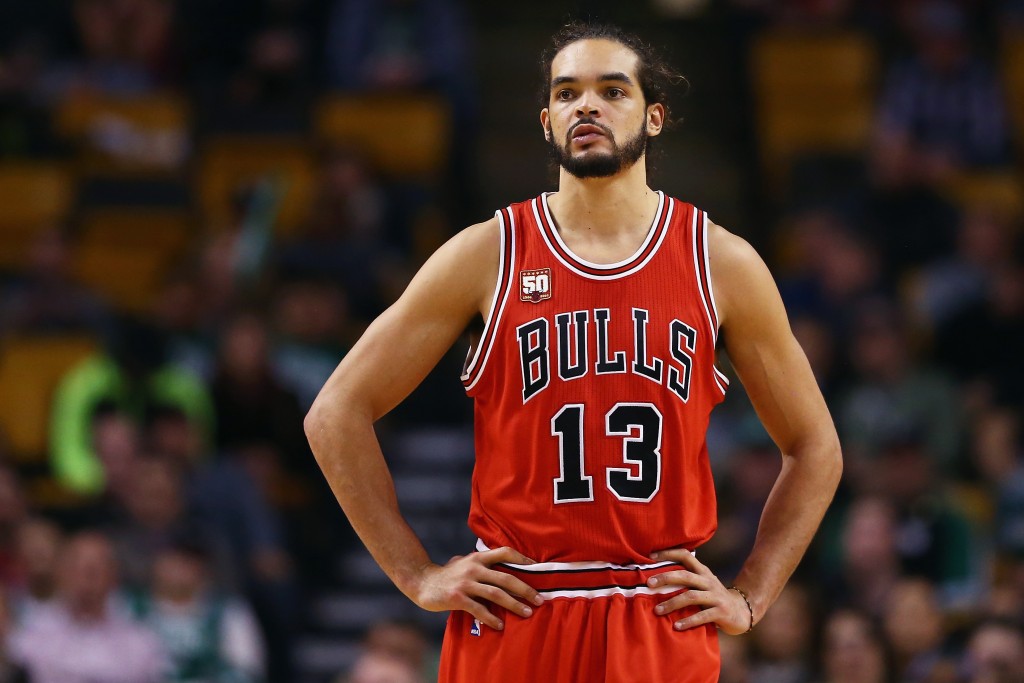 If you can give the Chicago Bulls’ front office any credit it’s that they are excellent when it comes to identifying talent. The team has a knack for assembling a roster with players who make them a contender in the Eastern Conference seemingly every year. But the organization also has one fatal flaw: They are notorious for holding on to players way too long and they don’t take advantage of their tradeable assets.

The expired trade exception for Kyle Korver and the Luol Deng deal are two that immediately come to mind. In the Deng transaction, the Bulls acquired Andrew Bynum from the Cleveland—who never played a game in Chicago—and several protected second round draft picks that in all likelihood, won’t transfer anyway.

Now, the injury to Joakim Noah is just the latest example of the team’s propensity to miss out on an opportunity to improve the franchise and build for the future via trade.

Noah came into this season not even pegged to be a starter in Fred Hoiberg’s lineup. Despite his poor play last season, which was largely due to him still recovering from knee surgery, it seems unfathomable that someone would think that Joakim Noah is no longer good enough to be a starter in the NBA. In fact, the notion is pretty much disrespectful to a player who is an excellent passer, rebounder and defender, a two-time All-Star, and someone who, not too long ago, was first team All-Defense and the NBA’s Defensive Player of the Year.

Not to mention that in the last season of his contract, he’s being paid $13.4 million to come off the bench. That sting is made worse by the fact that two seasons ago, Carlos Boozer and his $13.6 million salary still retained his spot in the starting lineup, despite the fact that Taj Gibson was the better option as a starter and often finished games with Boozer looking on as a spectator.

Essentially, if the Bulls had come to the conclusion that Noah was no longer part of the present or the future in Chicago, it would’ve made sense to show him the respect he deserves as a player and reward him for all that he’s done for the franchise, by trading him to a team where he could make a meaningful contribution. Additionally, in any deal involving Noah, the Bulls could’ve gotten back a valuable player or at the very least, a good draft pick to use in the team’s rebuilding plan under Fred Hoiberg.

Of course, all of this made much more sense before Noah separated his shoulder the first time on December 21 against the Brooklyn Nets, and again on January 15 against the Dallas Mavericks.

The first shoulder injury sidelined Noah for nine straight games before he returned against the Washington Wizards on January 11. But just four days later, while battling for a rebound against Dallas’ Javale McGee, the eight year veteran re-injured the same shoulder and this time, the consequences would be much more severe.

The following evening, the team put out a press release that read, in-part, “Earlier today [Joakim Noah] was evaluated at Midwest Orthopedics at Rush, where it was determined that he will undergo surgery to stabilize his left shoulder. His recovery time is estimated at four to six months.”

This timetable will likely bring an end to Noah’s season, as well as his career as a member of the Chicago Bulls. And the timing couldn’t be worse as the 30-year-old heads into the summer of 2016 as a free agent. The shoulder injury, combined with his past knee troubles, will certainly be factored into whatever team decides to offer him a new contract because at this point, the chances of him returning to the Bulls are extremely slim, if nonexistent.

It’s impossible to know how many millions and contract years will be taken off the table now, but if your guess is substantial, then you’re probably right.

Noah had taken the high road since being relegated to a reserve role, one in which Hoiberg said, at the time, in an interview with Grantland that his big man had campaigned for. Days later, Noah vehemently denied that he’d ever made such a request and without saying so publicly, those in the know were well aware that he wasn’t happy coming off the bench, or with his new head coach. This was finally confirmed in a Chicago Sun-Times report published January 12, where it was revealed that Noah, “isn’t the biggest [coach Fred] Hoiberg fan these days.”

Perhaps that explains why the head coach has had trouble contacting his center since this latest injury.

“I tried calling him again this morning, but it seemed like his phone was off,” Hoiberg said after the team’s practice on Sunday morning. However, Pau Gasol revealed that he’d spoken with Noah every day since he got hurt on Friday night.

“We’ve been texting,” Gasol said. “I talked to him a little bit after the game and we texted [Saturday night.]”

Noah certainly has a lot of things to be frustrated about: a lack of playing time, his shoulder injuries, and going into another summer rehabbing from surgery while having to negotiate a new contract in the midst of all that. Coming off the bench certainly did nothing to help his value and his latest injury, even less so.

Every professional sports team has a “next man up” philosophy whenever someone gets hurt. Unfortunately, this has been the motto of the Chicago Bulls since 2012.

Still, in the case of Noah, it’s unfortunate that someone who has been the heart and soul of the franchise for years, and who has done so much for the City of Chicago, is being forced to go out like this. It seems highly possible that the last images of Noah in a Bulls uniform will be of him running off the United Center floor in pain with his arm dangling and his shoulder out of its socket.

And this all circles back to management and their propensity to drain players of everything they have and then cast them aside when their value is all but depleted. This is, of course, not to blame the organization for what happened to Noah. But you can blame them for failing to capitalize on the opportunity to move a valuable asset that they weren’t taking full advantage of on the court anyway and who was obviously not in the Bulls long-term, future plans.

To quote the famed novelist William S. Burroughs, “The best way to keep something bad from happening is to see it ahead of time… and you can’t see it if you refuse to face the possibility.”