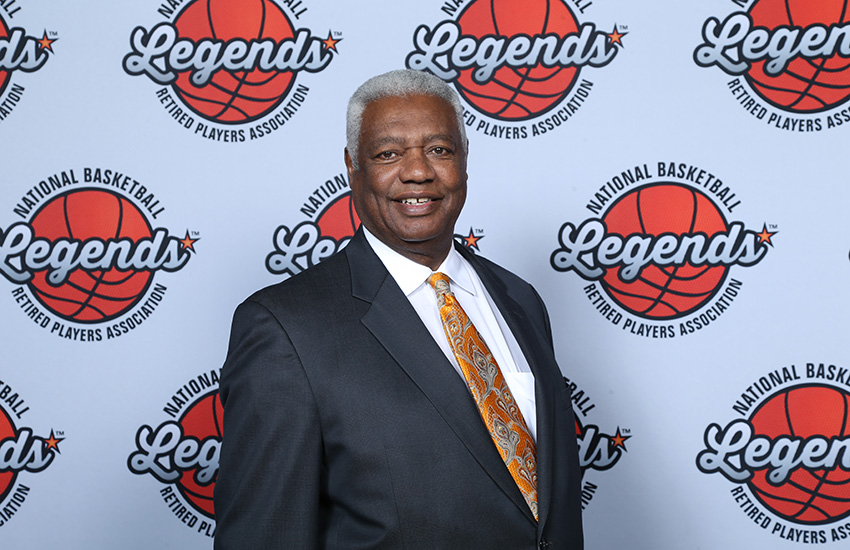 When most fans reflect on Oscar Robertson, they think of his eye-popping stats that demonstrated his complete game, particularly the triple-double. Russell Westbrook’s triple-double season was sensational, but Robertson was the pioneer of it, accomplishing the feat in 1961-62. Robertson’s credentials as a basketball player precedes him, but he was instrumental to so many other things off the court that players today are able to reap the benefits from. Without Robertson, players wouldn’t be making the insane amount of money that they’re presently making. Robertson was the third president of the NBPA and was the longest running president (9 years). It took a lot of fortitude for the players to plan a boycott of the 1964 All-Star game. It was the first All-Star game to be featured on television as well as the NBA’s opportunity to showcase its stars like Robertson, Bill Russell, and Wilt Chamberlin. Robertson scored 26 points and was named the All-Star game MVP for the second time in four years.

One of Robertson’s most rewarding moments came when he finally captured the NBA championship in 1971 alongside Kareem Abdul Jabbar when the Bucks beat the Bullets in four games.

Robertson is an all-time great in NBA history and despite his countless basketball awards, in my opinion, he’s equally as important in his fight for social justice. He played in a time when it was hard for African Americans to get a fair shake in America. Notwithstanding the extreme racism he faced, he still went on to lead legendary performances.

I recently sat down with Robertson and talked about his career, triple doubles, Russell Westbrook, playing in the golden era of the NBA, superteams and free agency. 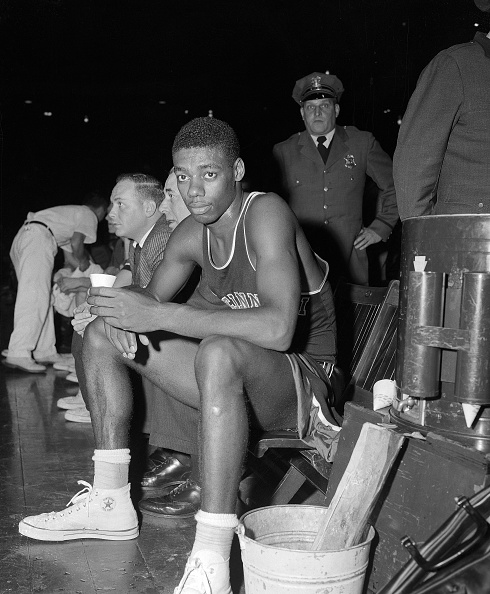 You grew up in an historically dangerous time in the history of the United States for African Americans. In your eyes, what was it like growing up in America during that time period?

It was difficult to say the least, but at least I was isolated where I lived, what I did, and how I socialized. A lot of things I didn’t know about until I got out of school because we were isolated and we didn’t go around whites a lot unless we played against them.

Did you personally experience any forms of racism?

As a team, we experienced it because when we traveled; we couldn’t eat in certain places. Indianapolis was a difficult town during that time period.

I was reading that you played against a guy named Kelly Coleman (Coleman was “Mr. Basketball” for Kentucky while Oscar had the honor for Indiana in 1956). whom some considered a notorious trash-talker during your high school days. What was it like playing against him?

He might’ve been a trash talker but he was from Kentucky and I was from Indiana. We played in an All-Star game. I don’t know about his trash talking per se, that’s what a lot of people say. To be honest, I don’t know much about it. People really didn’t trash-talk in those days when I was playing; they do a lot of it now.

Who were some players that you looked up to or molded your game after?

When I grew up, I admired the Globetrotters. All black kids looked up to them. I knew all the Globetrotters—Marcus Haynes of course, I can’t forget, Goose Tatum and Clarence Wilson.  I knew them pretty well.

How would you describe your playing style?

I really don’t know because I just played alongside a lot of other great players in a place in Indiana called Lockefield Gardens. Whatever I did on the court was molded and crafted from those guys that I played with. We all kind of played the same: We shot the ball, rebounded and dribbled.

You had a pretty legendary college career in Cincinnati. What was it like playing in those inhospitable, racist environments in the deep south?

It was difficult, but I’m from the south. I grew up in Tennessee a little bit, then I went to school in Indianapolis, which was a difficult situation to the say the least. When you’re around these things, you know certain things you can’t do. We had to ride on the back of the bus, we couldn’t go downtown, the police wouldn’t allow us to go to white areas so I was accustomed to a lot of things. Sure, I heard a lot of negative things shouted in my direction, I heard them and went on with my life. I was one person, but blacks were intimidated all over America.

Did those belligerent crowds affect your game while you were playing?

They might’ve stirred me on some. To me, it was outside motivation more than anything.

Did those racism in the stands follow you to the NBA?

Sure it did, of course it did. When I got to the NBA there weren’t many blacks in the League. When the Celtics put four black players on the floor, they got a lot of criticism, I’m sure Red Auerbach and the players were well aware of that. Some cities such as St. Louis didn’t have blacks on their team. It wasn’t the best of times, but I’m glad it got better.

The 1960’s were the most volatile decade in American history due with the Civil Rights Movement, the Vietnam War, the feminist movement among others. There was a lot of civil activism from African American athletes such as Bill Russell, Muhammad Ali etc. Did you feel that the African American athlete of the time had a responsibility to be socially active?

I think all people had the responsibility to stand up, and following Dr. King and his legacy and what he did, we just followed his nonviolent philosophy and spoke out. At that particular time in the ’60s, a lot of schools that had a tradition of excluding blacks from their sports programs started to recruit black players, and that was a big change.

How do you feel about Colin Kaepernick protest? Do you think because he took a stand he’s being banished from the NFL?

This is white America, so he took a stand and he was very strong about the stand. I appreciate and admire him for doing it, but he’s paying the price. This isn’t a country where you have predominantly black people in it so he’s going to pay the price for that.

What was it like playing against top notch talent such as Bill Russell, Elgin Baylor and Jerry West at the height of their careers?

It was competitive, and I appreciate it because they were great basketball players and they brought out the best in me. They were the cream of the crop, all of these guys that you mentioned are in the Hall Of Fame so that speaks for itself.

In 1961-62 you became the first player to average a triple-double (30.8, 11.4 assists, and 12.5 rebounds) and Wilt Chamberlain averaged 50.4 ppg, and 25.7 rebounds. However Bill Russell won MVP. Did you feel slighted about not winning the award that season?

To be honest, since Wilt averaged 50 ppg that year he should’ve won it.  Everyone [now] talks about the triple-double, but the problem with the triple-double is that they weren’t recorded in those days, they had no idea what it was, they didn’t know what I was doing until later on in basketball history.

No, because it was difficult for a guard to win it and we didn’t win the championship. Usually, The Celtics won the championships during those years because they had Russell and he was the most dominant player on the team. When I won it, I was surprised because it was extremely difficult for guards to win the award. Even Jerry West had tremendous years and he never won it.

Talk about how hard it is to get a triple-double, let alone average one for the season.

I really don’t know,  I didn’t play for stats, I wasn’t counting triple-doubles at the time, I was just playing basketball and trying to help my team win.

Russell Westbrook recently broke a 50-year record and became the first person since yourself to average a triple-double for an entire season. What was your reaction when he finally clinched the record?

I thought it was tremendous, he carried his whole team on his back, and  I’m glad he averaged a triple-double, but his team has to get better.

Do you think that Westbrook could’ve played in your generation?

No doubt about it, he’s a great athlete, he’s quick, he can shoot. He has a tremendous amount of ability. He could’ve played in any era.

How do you think you would fare in today’s League?

How would I fare? Come on, basketball is basketball. People ask me these questions all the time.  If you can play you can play. It doesn’t matter what era it is. Stuff like that doesn’t mean anything to me.

The 1964 All-Star game was probably the most important All-Star game in history. It was the first time that it was being televised. The NBA suits at the time were excited because it was the first time their players were going to be exposed to the masses. However, it was almost canceled due to a boycott that led to the formation of the players union. How important was it for that boycott to be organized?

There were some difficulties. We almost boycotted the game because we wanted to be recognized by the owners. We wanted a pension after retirement, schedule re-arrangements, etc. I’m glad it worked out in the end and all sides came to an agreement.

As NBPA president, you filed an antitrust lawsuit against the NBA in 1970. The end result led to modern day free agency. Why was it important for you to do this?

The Oscar Robertson case is very important and the results are still being felt today. Just look at how many players are making $40 million dollars a year. Without that case, NBA players wouldn’t be making the big money that they make today. So that’s what it did for basketball players. 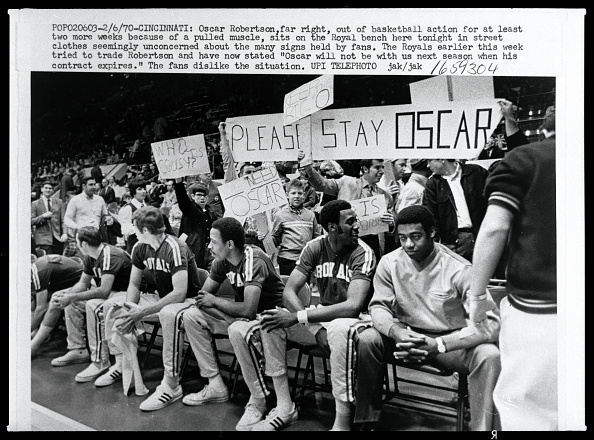 Your antitrust suit was the driving force for players being able to decide where they want to play, but it’s also led to the formation of superteams. What do you think of the modern day era that is dominated by super teams?

Because of the superteams in the NBA, a lot of people think that the NBA season is a two-team race to the Finals. Do you think that the competitive balance of the NBA is gone?

The NBA never had a real competitive balance. We always had teams in the middle, two or three at the top and the rest are at the bottom of the barrel.

Who are some players that you like to watch today?

I like a lot of players. There are a lot of great basketball players today that I enjoy watching.

Do you have any advice for aspiring basketball players?

I think people should go back to basics and learn the fundamentals. It’ll make the game a lot easier for them.