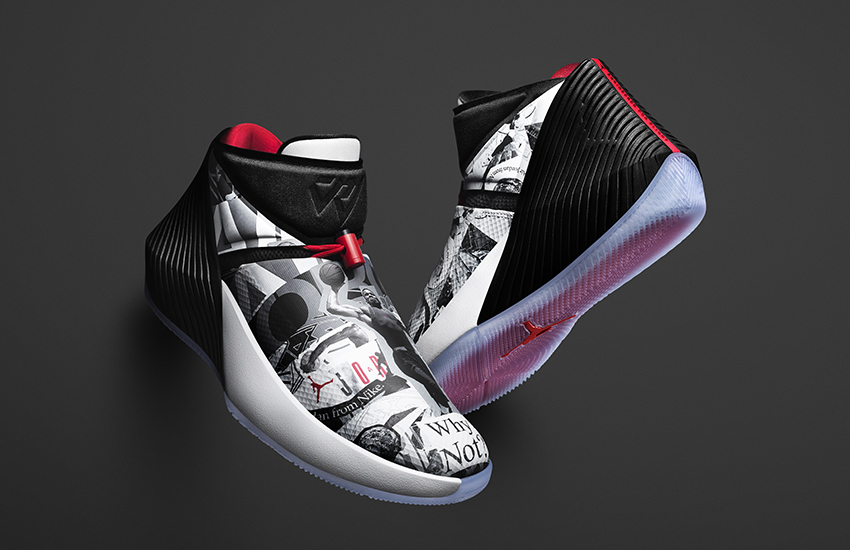 After being the face behind the flagship Air Jordan model since joining Jordan Brand, JB has given Russell Westbrook his first on-court signature shoe, the Why Not Zer0.1

The Why Not Zer0.1 made its debut last night when the Oklahoma City Thunder took on the Lakers in Westbrook’s hometown of Los Angeles.

“As a kid growing up in LA and standing in line to get other people’s shoes, you become aware of how fortunate you are to get sneakers,” he says. “To be able to sit here now and hold my own shoe is an honor.”

Technically, this is Westbrook’s second signature shoe in the Jordan portfolio. In 2015, Jordan released the Westbrook 0, a lifestyle shoe that spoke to Westbrook’s love of fashion. The Why Not Zer0.1 is unabashedly designed for the rigors of the basketball court and Westbrook’s ferocious game. The key to the shoe is its foot containment since Westbrook is always on his toes, looking to attack the basket. The compression-molded pylon foam piece locks in his heels and the full-length Zoom Air unit gives him explosion.

Westbrook expects to get a lot of reactions out of his shoe. “This shoe is futuristic and something that people will take a double look at,” he says.

The shoe’s upper is comprised of a fused mesh that allows for ample storytelling. For the debut “Mirror Image” PE model, there are images throughout that mimics a room decorated with posters and other inspirational images that adorn any aspiring ballplayer’s room.

“My favorite part of the design process is storytelling. Being able to tell my story through colorways and at different times during the season is a lot of fun,” says Westbrook. “Allowing me to have my own shoe is a great opportunity to tell my story, extend my Why Not? motto and explain the whole background behind it.”

The Why Not Zer0.1 launches January 15 with limited quantities of the Mirror Image colorway. The 2-Way colorway releases February 15 for $125.