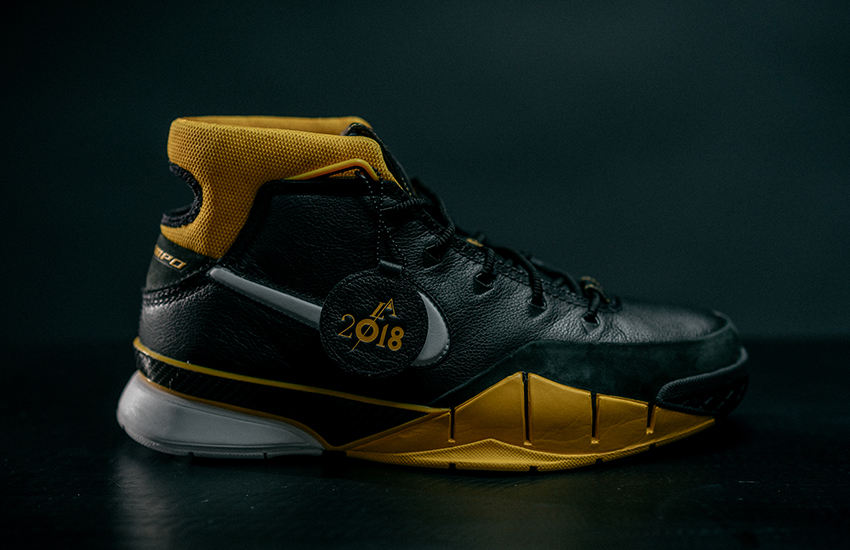 Calling Kobe Bryant a perfectionist is an understatement.

The Mamba’s relentless pursuit of perfection is shown in his dedication to his craft. By now, the 4 a.m. wake-ups to hit the gym is carved into Kobe lore, but beyond the workouts lies the same passion for all his projects, especially his signature Nike shoes. Nike once—per Kobe’s request—shaved off a few millimeters off the outsole of the shoe in order to get a hundredth of a second better response time. That’s the equivalent of quibbling over the exact change, down to the penny, on the purchase of a house.

So when Nike turned to him for input on his retro line of Kobe signature shoes (which spans 11 shoes, just on the numbered series), Bryant wasn’t fine with signing off on your typical re-release of classic shoes in its past glory.

“It just didn’t fit right with everything I stood for, with the Mamba Brand,” says Bryant.

What the line always represented for Kobe and Nike was being the best  product that enables the athlete to perform his or her best, whether it be winning five championships or scoring 81 points.

“Protro is about evolution and improving on things that were,” says Bryant. “I wanted to build a business that wasn’t just based on things I have done in the past. It is important that the brand stands for performance and that everything we do is innovative, even if we are releasing shoes from the past they still must be built on performance.”

The seeds of Protro was planted by Bryant three years ago as he was nearing the end of his playing career. The plan was to drop a retro line of his rich heritage, but each one would also be re-engineered with the most up-to-date technology Nike has to offer while removing the extraneous parts of the original shoe that time and improved production has made obsolete.

One of the biggest upgrades to the original Zoom Kobe 1 is the Zoom Air. Nike’s cushioning system has evolved in the 13 years since it was used in the Kobe 1 and the Protro version, which will have  decreased carbon fiber shank and smoother rocker and ride for a more engineered feel.

“We really wanted to make sure that the shoe looked exactly like the [Zoom Kobe] 1, but was built through the lens of performance athletes, specifically professional athletes on the NBA court,” says Nike Basketball footwear product director Tony Grosso.

Coincidentally, the team that Bryant scored 81 points against will be where the Zoom Kobe 1 Protro will be making its NBA debut. Toronto Raptors All-Star and L.A. native DeMar DeRozan, who’s always been a fan of Bryant and his line of shoes, will be making the official unveiling of the Zoom Kobe I Protro tomorrow night (February 8). We say official because DeRozan liked the shoe so much that he low-key wore them in a game more than two weeks ago.

The Zoom Kobe 1 Protro will be available February 17 on nike.com and select Nike retailers.