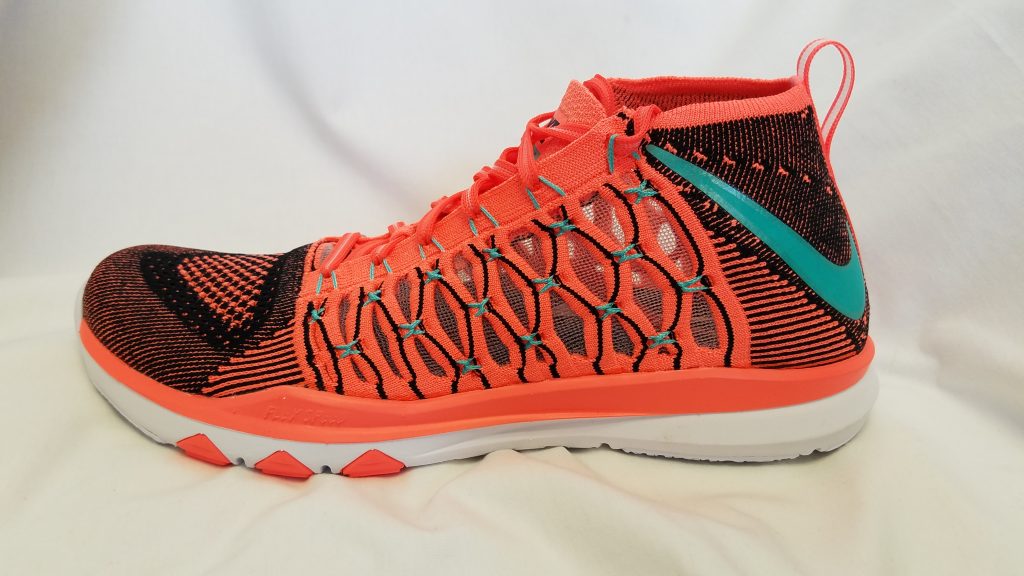 For NBA hoop fans who spend the fall, winter and spring following their favorite players and teams, they know the summer months are just as important to the game and culture as the other three. Many professional athletes spend their summers working out and improving their games in an effort to be more competitive on the floor.

It’s rare that anyone gets a glimpse into how much work these athletes put in away from the court, and if you’ve never thought about intricate details such as the kind of gear—particularly shoes—that elite basketball players train in, then you’re in luck. The Nike Train Ultrafast Flyknit and was designed with one of the world’s best basketball players in mind: Kyrie Irving. 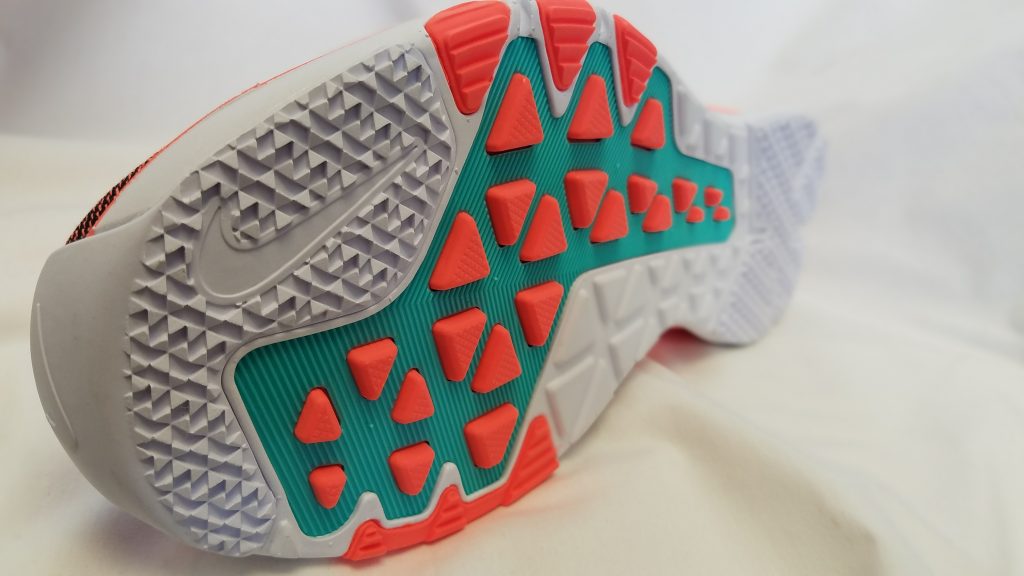 The outsole of the Train Ultrafast is comprised of multidirectional triangles in the middle with small tightly spaced pyramids on the rear and toe area. The triangles on the Flex Speed plate (more on that later) are textured, giving more grip during workouts and even runs. On the medial and lateral edges (by the balls of your feet) of the outsole are reinforced rubber treads for extra traction during lateral movement. Combined, the traction of the Ultrafast Flyknit is ample. 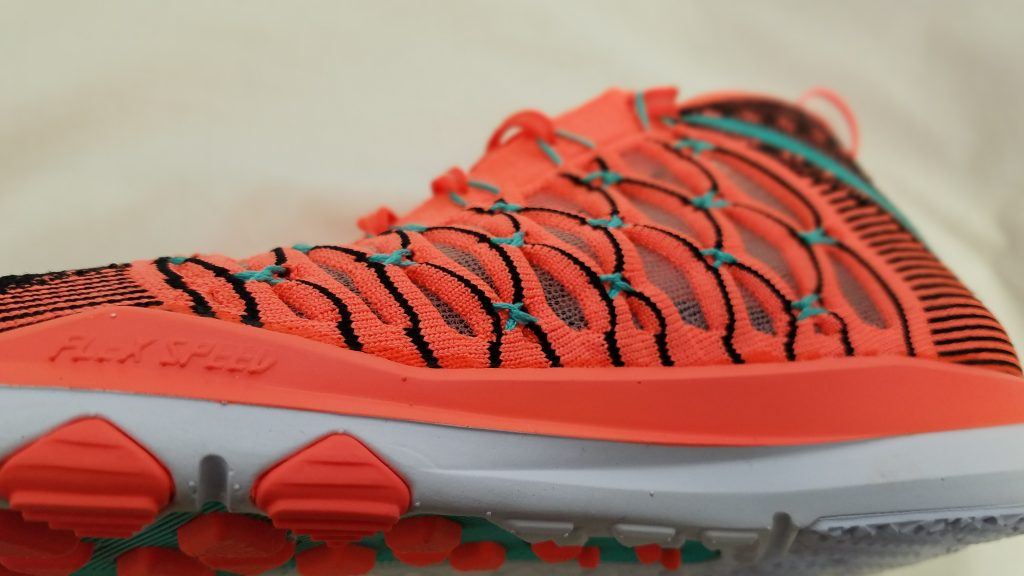 The foam midsole is low profile and also doubles as an outsole, which reduces the overall weight of the shoe, while providing comfort and stability during speed training workouts. While not pillow-y on footstrikes, it’s ample during indoor workouts and weightlifting. It can handle runs, but it’ll be more of a natural ride, much like a Free sole.

The Ultrafast Flyknit is designed for quick bursts of power and speed. Nothing highlights this more than the shoe’s Flex Speed plate, which is designed to improve responsiveness and energy return when cutting and running. 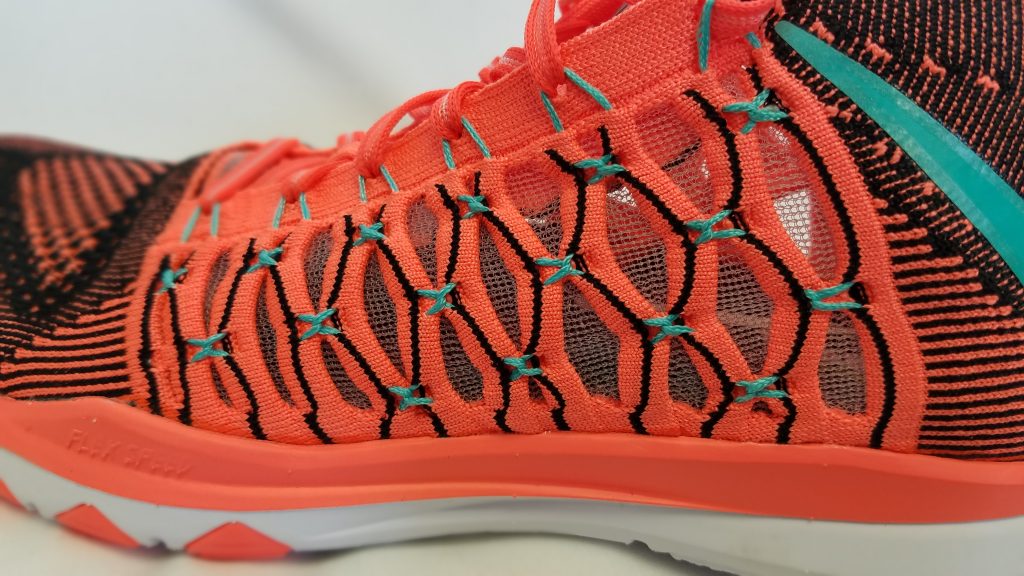 The entire upper of the shoe is Flyknit. Working along with the Flyknit is the Flywire cables underneath for extra integrity. The Flyknit and Flywire combination are woven to mimic a chain link fence to enhance breathability (a thin layer of mesh make up the “holes” of the fence), while locking your foot inside diamond design pattern that works similar to a Chinese finger trap toy. Essentially, the more your foot tries to break away from the shoe, the more it locks the foot back in. 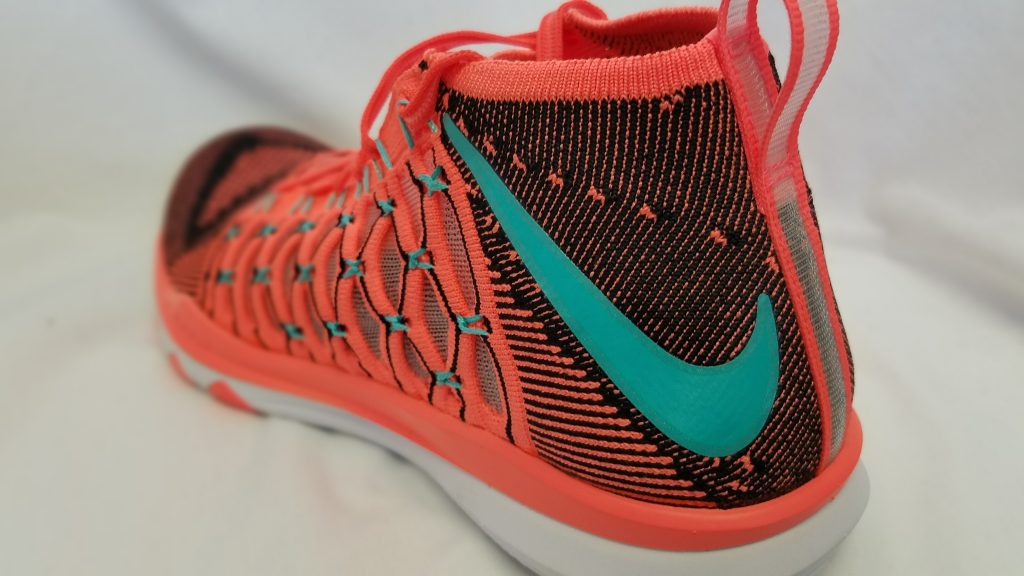 Rob Williams, Nike’s lead designer for training products, studied a number of athletes when creating this shoe. One of his muses was Cleveland Cavaliers star, Kyrie Irving. “Kyrie moves like unlike anyone else on the basketball court. The way he can accelerate, decelerate, shift from side-to-side, and the way he can make the defender adjust from his own movements with and without the ball, is just amazing.” Once you lace up the Ultrafast Flyknit, any movements that you make, whether laterally, running or jumping, can be done safely and without worry as your entire foot is locked down and completely engaged with whatever activity you may be doing. There are some long-term durability issues with the minimal Flyknit design in the midfoot, but during testing it was not a problem.

The low-profile midsole and forefoot outrigger combine to make lateral movements a breeze, and the way the Flyknit upper locks your foot down, there is no sliding on the inside of the shoe, eliminating the worry of pronation or supination.

Cons: The Flyknit upper might not be durable for hardcore training sessions.

Best for: Any kind of training and some light running, but the Ultrafast Flyknit really excels at speed and strength drills.

Sizing: The Nike Train Ultrafast Flyknit runs true to size. However, you’ll want to consider wearing thinner socks that have been designed for training and running, as opposed to thicker socks used for basketball.

The Ultrafast Flyknit is built for speed and responsiveness so they’ll make a great companion for power and agility basketball drills. Just make sure you bring a pair of basketball sneakers for the postgame run though as playing ball in these wouldn’t be recommended.