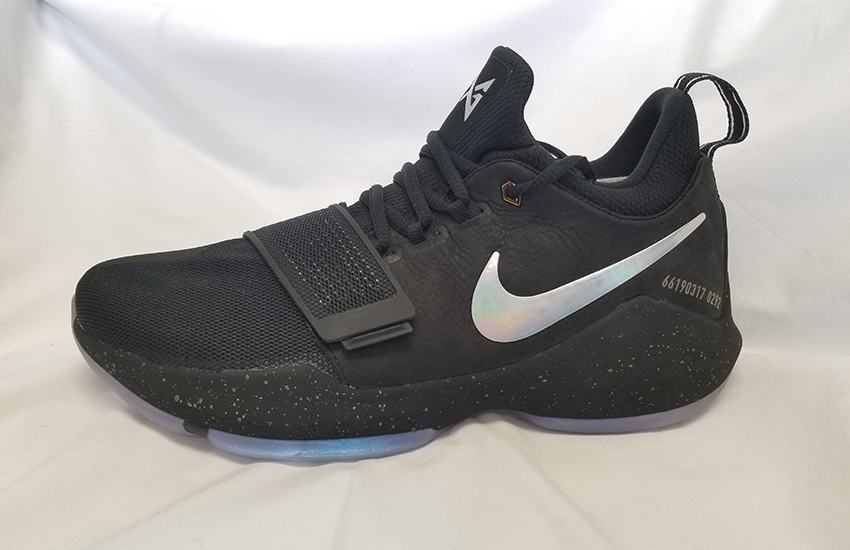 Paul George was always on the cusp of national notoriety, the kind that warrants a signature shoe. He had the big dunks and clutch shots. He made his mark early with his defensive reputation, earning an All-Defensive nod in his third season. That same year he was picked on the All-NBA third team, putting him on the short list of the top 15 players in the NBA. The crescendo might be during the 2014 Eastern Conference Finals that featured the Miami Heat and Indiana Pacers that set the stage for George to get his first signature shoe after PG13 went blow for blow with LeBron and the Heat. The Pacers would lose in six games, but after the series, many—likely including Nike execs—came away seeing George as a worthy equal to LeBron. However, during the USAB scrimmage later that summer, George broke his leg in one of the most replayed freak accidents, delaying the PG1 shoe. Fast forward to 2016-17 and George is looking again like the same budding star we saw in 2014. The big question is if the PG1 was worth the wait. 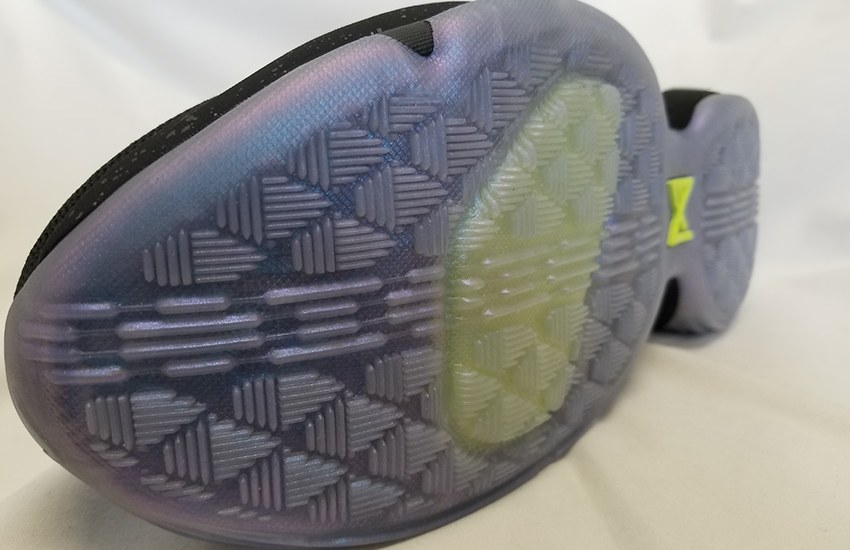 Nike did an excellent job with the traction on the PG1 and opted to use perpendicular micro-grooves similar to what we’ve seen on other shoes such as the Mamba Instinct. Stopping and going and side-to-side braking were all aces. Keep in mind this was tested on a model with translucent outsole, which traditionally isn’t as grippy compared to the solid rubber variety. The outsole kept its bite to the floor, but your mileage will vary if you decide to take the shoes outside on concrete. I had no issues on clean or dusty floors as the PG1 required minimal wiping to keep its grip. 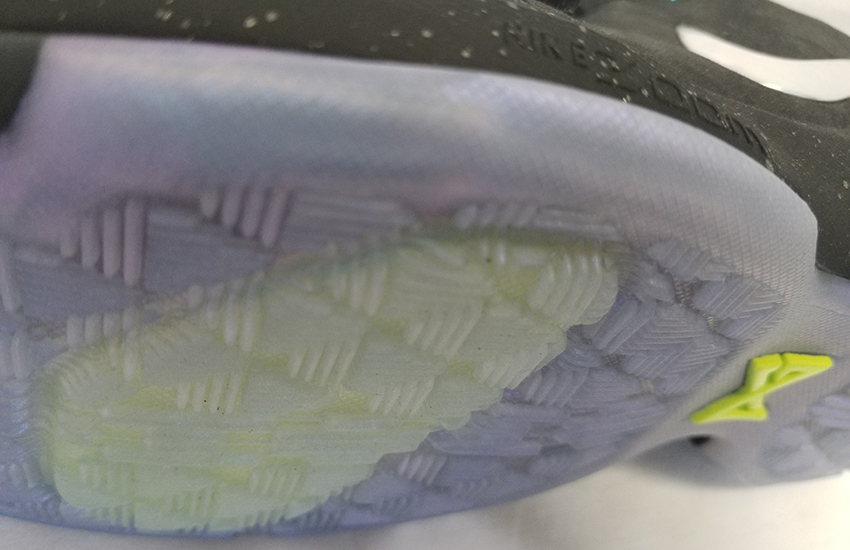 The PG1 cushioning setup is simple: It’s Zoom Air in the forefoot and a thick layer of Phylon in the rest of the shoe. I had a hard time feeling the Zoom in the forefoot even though it protrudes a little. It’s probably because the Phylon and a thick sockliner masks the Zoom. Nevertheless, impact protection was never an issue. While it isn’t the most exotic cushioning setup in Nike’s arsenal, it’s also an entry-level price point for a signature offering, making it in line with expectations. 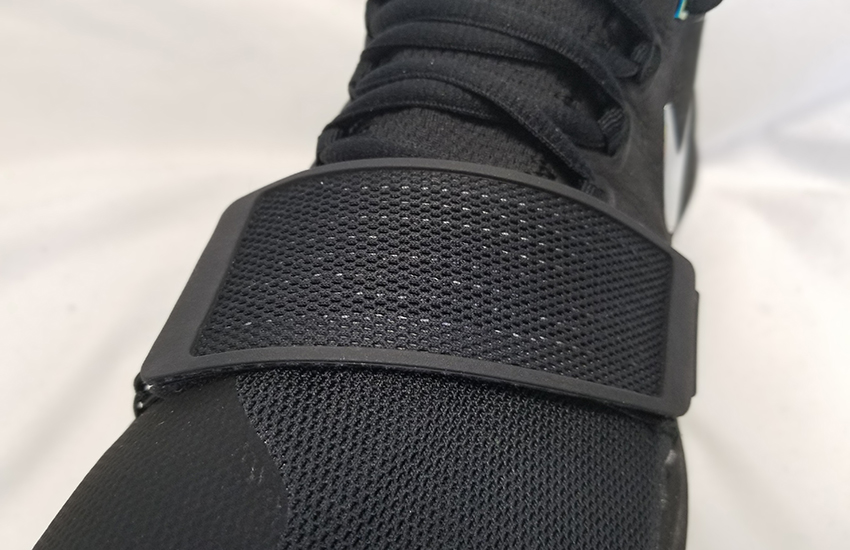 Wide footers will want to go up half a size due to the narrow forefoot and thick sockliner that fills the foot cavity. Regular and narrow footers should be fine with true to size unless you prefer more wiggle room in the toe box.

The PG1 is a one-piece upper wrapped around an internal bootie. The tongue is built into the bootie so it does take a little work to get your foot in, but once you’re in, your foot will be snug for that one-to-one fit. I had no movement side to side and only a little heel slip initially that went away within a few hours. Unlike a lot of today’s models, the PG1 uses a lot of padding around the ankle (if you wear ankle protection, I’d advise you bring it along with you to try it out before committing to it) and heel that helps provide a comfortable and secure fit in the rear.

Then you have the midfoot strap that has been a regular staple of basketball shoes since the dawn of time. They’re mostly decorative adornments and in the case of the PG1, it kind of stays true to it being more form than function. The strap is tied to the Dynamic Flywire setup in the forefoot, and while you can tighten it to an extent, it does pinch a little when pulled down too tight.

Overall, the fit on the PG1 was the highlight of the shoe. 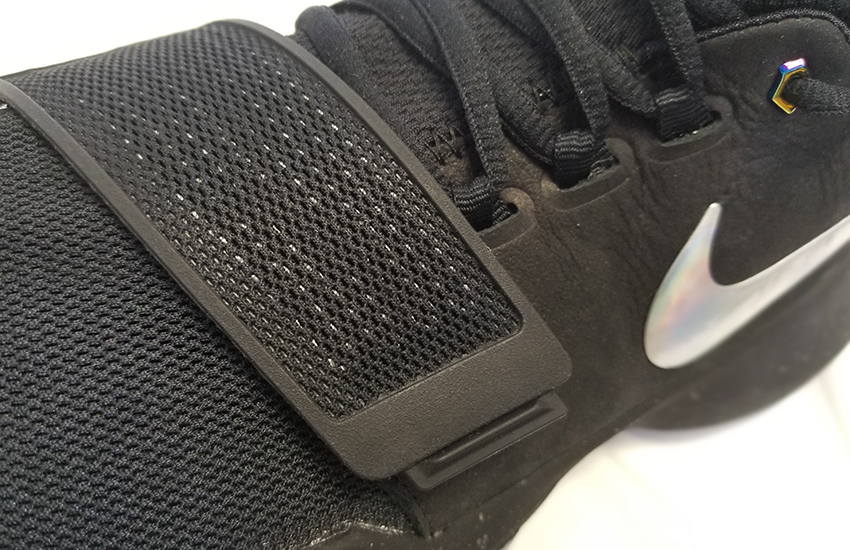 Usually new-to-market, first-time signature shoes come with smaller budgets, which means “cheaper” materials, but Nike gave the PG1 a nice mix of old- and new-school materials by mixing mesh (on the bootie) and nubuck (on the upper) together on it. Based on materials alone, you’d think the shoe was at least $130. Nice job by Nike providing us with some value. 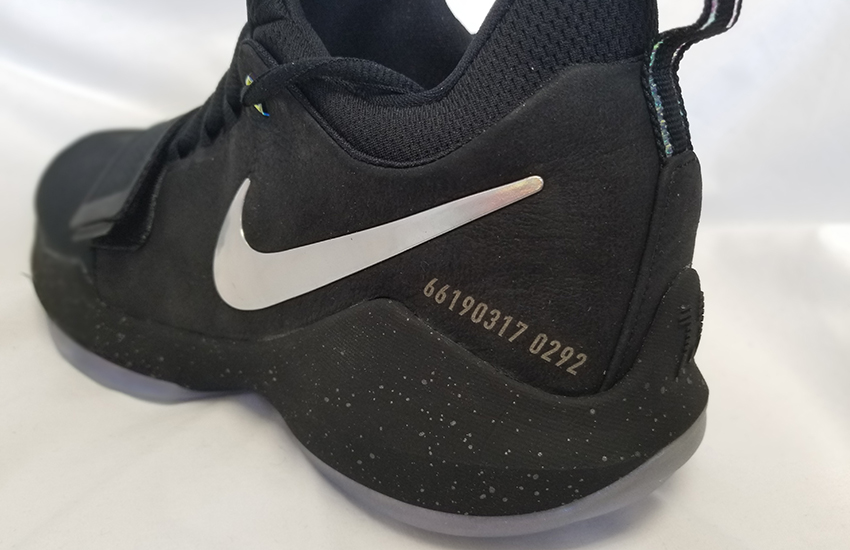 The PG1 is an oxymoronic higher cut low top. Support comes from the fit and sturdy heel counter. As noted before, the beefed-up padding in the rear helps keep the foot locked in.

The PG1 is very stable underfoot as well thanks to a flat outsole as well as a lateral forefoot outrigger. This gives the PG1 stability. Even those who don’t normally ball in low-cut shoes will feel secure in the PG1. 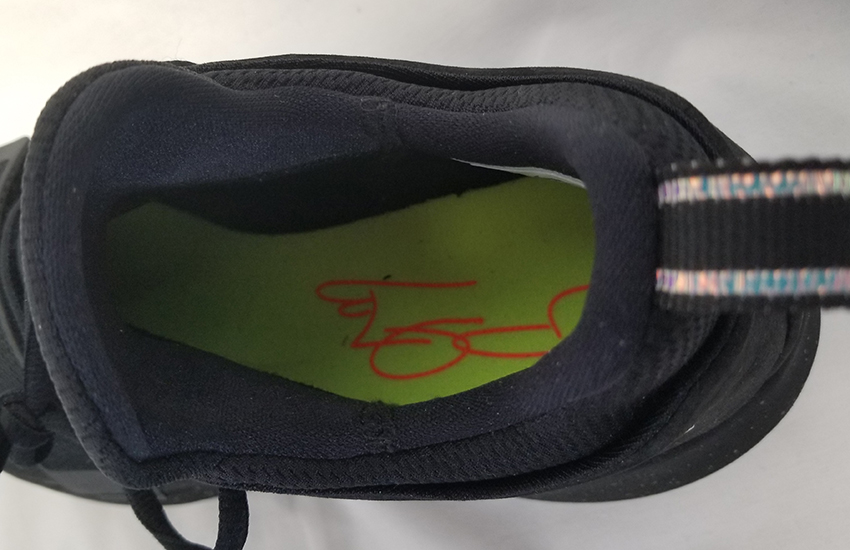 Cons: cushioning feels like firm Phylon but should be expected at this price point, rides higher than other guard shoes

Sizing: wide footers should go half a size up, narrow and footers could get away with true to size 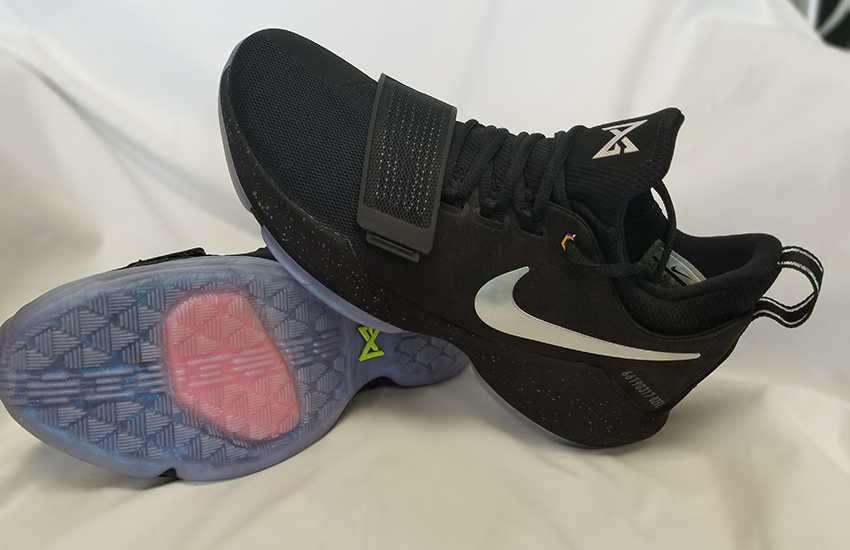 Nike did a great job with Paul George’s signature shoe debut. Most modern signature shoe firsts are budget-conscious test shoes for a particular player by the maker—costs are kept low and innovations are at a minimum. The playing-it-safe route usually results in a shoe that doesn’t offend but also doesn’t really shine. The fact that the PG1 has excellent traction, fit, and stability with ample cushioning in a shoe gives consumers a great sense of value.

I believe that the changes in the sneaker landscape over the past few years made the PG1 a better sneaker since Nike actually had some pressure coming from Under Armour and adidas. The fact that other companies are poaching Nike’s second-tiered athletes (case in point: Stephen Curry and James Harden, at the time) with signature shoes means Nike has to do the same for its up and coming athletes that aren’t quite in the KD-LeBron stratosphere (George, Kyrie Irving).

At $110 (and likely lower now at some retailers for certain colorways), the PG1 is an absolute steal for all the performance boxes the shoe checks off. It’s also a nice nostalgic design with its use of nubuck that will satisfy anyone who appreciates the ’90s era of kicks.