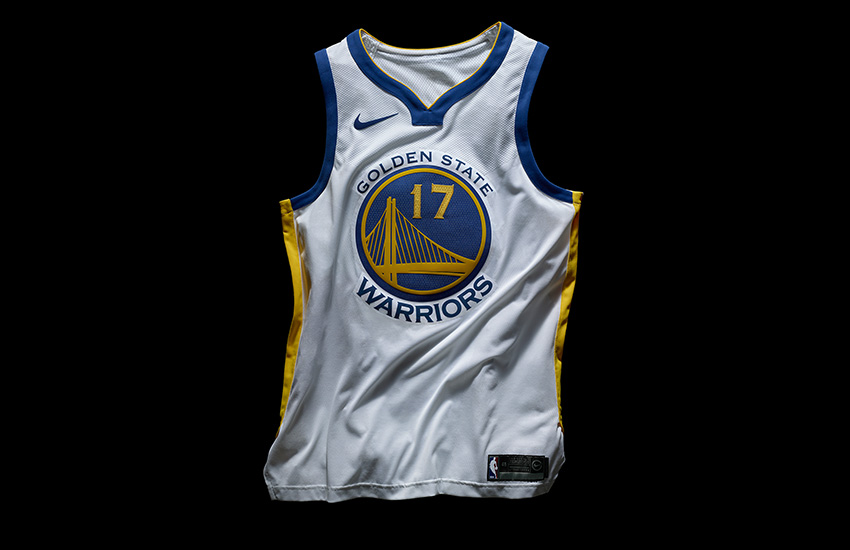 The new Nike NBA uniforms have been two years in the making. Check that—if you know anything about Nike, they’ve probably had this in the works even before they inked the deal with the NBA to officially outfit NBA teams in June 2015. You see, Nike doesn’t really rush things nor do things on the fly. Despite their mantra of “Just Do It,” they like to take their time in perfecting product before they see the light of day. Their signature shoes typically have an 18-month production cycle. They have ideas in the vault that sit there until the time is right to come to market (case in point: the HyperAdapt 1.0 self-lacing shoes that just became realized last year after being spawned from 1989’s Back to the Future II).

Living by the ethos of “listening to the athlete,” Nike obviously went into their history and research that spans 25 years to re-engineer the NBA uniform for the rigors of basketball. Built off their Aeroswift technology, which debuted in the 2016 Olympic Games, the uniforms place emphasis on thermoregulation, sweat management, breathability and movement. Nike relied on 3D-body maps of players to key in on things like heat zones and stress points.

As light and minimal NBA uniforms are, Nike sought to make it even more so, with the goal of creating a uniform that feels like wearing nothing. Key changes to the uniform in 2017-18 include construction alterations to the back shoulder, armholes and neck for a better fit and to increase mobility. Even staid things like hemlines on the jersey and shorts were tweaked to gain movement.

The 2016 gold-medal-winning USA Basketball team wore an early build of the new uniform last summer to positive reviews. (Ed note: the majority of the team members are Nike-sponsored athletes.)

On top of the technical improvements, Nike has a environmental story to tell with the new NBA uniforms. Made of Alpha Yarns and recycled polyester comprised of recycled PET bottles (each uniform is the equivalent of 20 bottles), the uniforms fall in line with Nike’s goals of sustainability and as a bonus, they’ve claimed the uniforms will wick sweat 30 percent faster than the current uniforms (produced by adidas).

Nike gave a sneak peek at what they’ll have in store for the NBA beginning in 2017-18. Gone are the previous “home” and “away” concepts of uniforms, where the home team dons the predominantly white unis while the road team is in color. The home teams now will get to choose between two primary uniforms, one being the Association Edition and the other the Icon Edition. The Association will still be a predominantly white colorway while the Icon replaces the road jersey that features the team’s primary color. This essentially means the home team can choose between a white or color uniform.

There will be two more uniform editions that teams will be able to pull from that will be revealed later in the coming months. In addition, eight teams—presumably the longest running franchises (Boston, New York, Los Angeles Lakers, Philadelphia, Atlanta, Chicago, Detroit, Sacramento) or the most winning franchises (Boston, L.A. Lakers, Chicago, Golden State, San Antonio, Detroit, Miami, Philadelphia, Houston, New York)—will get a Classic Edition that celebrates its iconic status as an additional choice in their wardrobe.

The new uniforms will make its debut at the start of the 2017-18 season and Nike will be the official uniform provider for eight seasons.